He listed grievances including the expansion of illegal Jewish settlements and the construction of Israel's West Bank wall as reasons for wider activism. 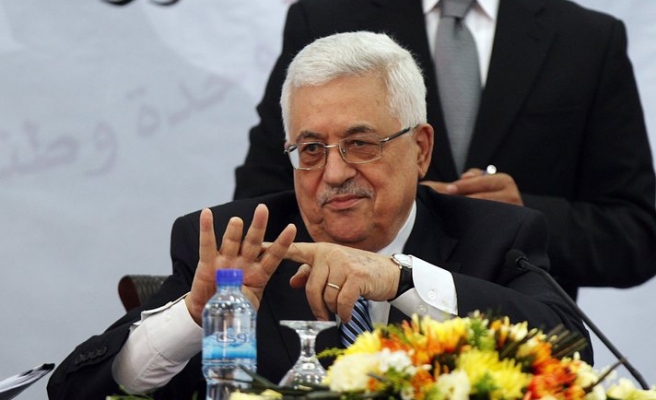 President Mahmoud Abbas urged Palestinians on Wednesday to step up protests against Israel, urging "popular resistance" inspired by the Arab Spring to back a diplomatic efforts at the United Nations.

Abbas, addressing a Palestine Liberation Organisation (PLO) meeting, reiterated his decision to seek full U.N. membership for a state of Palestine alongside Israel, a diplomatic move resulting from paralysis in the U.S.-backed peace process.

"In this coming period, we want mass action, organised and coordinated in every place," Abbas said. "This is a chance to raise our voices in front of the world and say that we want our rights."

Though the United States is expected to block their quest for a full seat, the Palestinians expect to secure at least an upgrade in their U.N. status during September's General Assembly meeting in New York.

Abbas's comments to the PLO central committee in Ramallah marked the first time he had openly urged popular activism in support of the initiative, echoing a call made last week by Marwan Barghouti, a leading Palestinian imprisoned in Israel.

Palestinian officials are describing the diplomatic initiative as part of a new approach to their struggle to create an independent state in the occupied West Bank and Gaza Strip with East Jerusalem as its capital.

Abbas has faced domestic criticism for appearing hesitant to support other forms of activism such as protests and marches, part of what Palestinians call "popular resistance".

"We support popular resistance," he said.

He listed grievances including the expansion of illegal Jewish settlements and the construction of Israel's West Bank wall as reasons for wider activism.

"Every day, we face things that drive us to carry out popular resistance on a wide scale and not in one place," he said.

The Palestinians' plan, as outlined by officials, is to submit an application for full membership to U.N. Secretary General Ban Ki-moon, while also preparing a draft resolution for the General Assembly seeking an upgrade to "non-member state".

Palestine currently has the status of an observer.