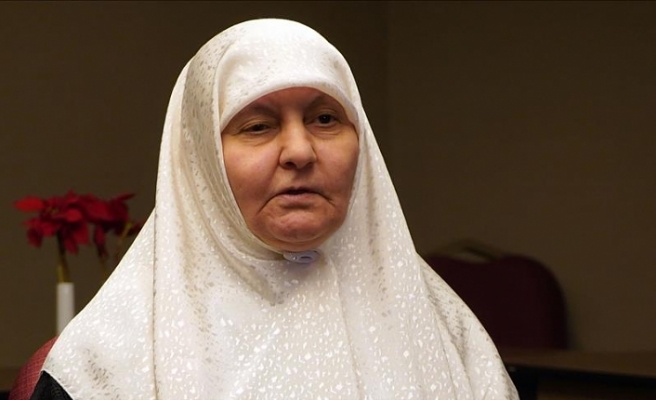 Sheikh Abdullah Azzam, who died under mysterious circumstances in 1989, is still considered the “godfather” of Afghanistan’s Mujahideen-led resistance to Soviet occupation.

Born in 1941 in the West Bank city of Jenin, Abdullah Yusuf Azzam had also been one of Palestine’s most prominent Muslim preachers.

He is largely remembered for recruiting and organizing Arab volunteers to fight in the Arab-Afghan “jihad” against the Soviet occupation of Afghanistan from 1979 to 1989.

He was murdered in 1989 -- under circumstances that remain unexplained to this day -- at the age of 48.

In an exclusive interview with Anadolu Agency, Abdullah’s widow, Samira Mohyeddin, 71, spoke about her late husband, who, she said, “is entirely innocent of extremism and terrorism allegations”.

“I challenge anyone to prove otherwise,” she added, saying the media had “distorted” her late husband’s image.

“He always said, ‘We only fight those who are hostile to us and who are occupying our land’,” Mohyeddin recalled. “We never even knew where the word ‘terrorism’ came from.”

“We were fighting the enemies of Islam everywhere,” she remembers, “those who were attacking Muslims in their own countries.”

Mohyeddin, who once headed the women's committee of the Mujahideen Services Office in Peshawar, stressed that innocent civilians had never been targeted under her husband’s leadership.

Nor, she added, did her husband ever call for targeting Christians or Americans.

“The Afghan jihad during my late husband’s time was pure,” Mohyeddin said, going on to credit the “jihad” for ultimately ridding Afghanistan of the Soviet presence.

“The jihad certainly had its flaws -- and was targeted by sabotage attempts -- but that had nothing to do with Azzam,” she said.

“As the ‘Emir of Jihad’, he never ordered -- or allowed anyone to carry out -- ‘sabotage operations’, as he used to call them,” she added.

Azzam's widow attributed the "purity" of Afghanistan’s “jihad” to what she described as "the love of martyrdom -- not of money, titles or fame."

She went on to assert that the effects of “jihad” had been almost entirely positive.

“Muslims came to Afghanistan from all over the world to take part,” she said. “And thanks to Allah, they liberated the country.”

Mohyeddin recalled one Muslim woman from Tajikistan, who had said: “We knew nothing about Islam -- or even prayer -- before the jihad in Afghanistan. How, then, could jihad be a bad thing? Genuine jihad is always known by its people.”

“Why do young Muslims today still read Abdullah Azzam's books?” Mohyeddin asked. “Why do they say we were raised on his books? Why do Palestine’s martyrs and great mujahideen say they were raised on Azzam's thought?”

“History will never forget these people,” she said, adding that Azzam and his fellow “mujahideen” had been subject “to gross injustice because we failed to clarify their ideas -- for which I blame the media in the Muslim world”.

From Palestine to Afghanistan

According to Mohyeddin, Azzam first cut his teeth as a “mujahid” in Palestine. “The sheikh was one of the founders of jihad in Palestine,” she said.

“He prepared himself for jihad in Jordan with his fellow mujahideen who were fighting the Zionist occupation,” she said.

“Women also helped the cause by raising funds to finance their bases in northern Jordan,” she added.

Azzam took part in that “jihad” for three and a half years, until the Jordanian authorities forbade him from continuing his activities.

Mohyeddin recalled how her late husband had been teaching at Amman’s Jordan University at the time, during which he helped “prepare and organize young people, training them in scout groups”.

Azzam, she said, eventually left Jordan for Saudi Arabia, where he stayed for one year before moving on to Islamabad’s Islamic University “so that he might be close to the Afghan jihad”.

“He watched events taking place in Afghanistan until he realized that genuine Islamic jihad was taking place there,” she recalled.

“At the time, Muslims were sorely needed to fight the invaders, so he quickly joined the Afghan jihad,” Mohyeddin said.

“Azzam embarked on jihad at multiple levels,” she added. “The enemies of Islam soon realized the threat that he posed.”

After following Azzam’s activities in Palestine and Afghanistan, both the Israeli Mossad and the U.S. intelligence services reportedly tried several times to assassinate him.

NOTE: In Arabic, the term “jihad” means “struggling”. In addition to meaning “holy struggle” -- or “holy war” -- against Islam’s enemies, it also refers to the daily “struggle” to maintain one’s faith and perform good deeds. 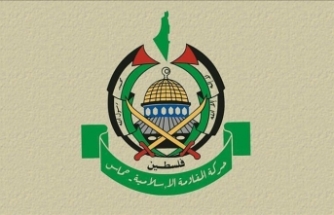 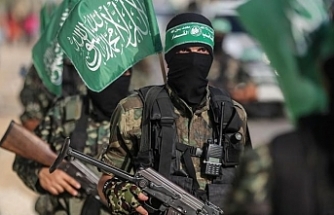 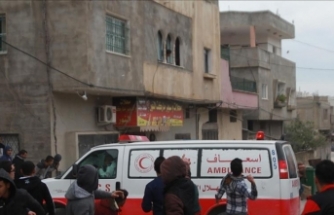 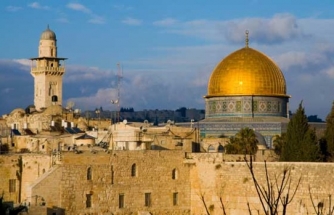 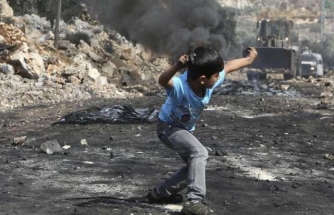