The Palestinian organization expressed its sadness that FC Barcelona’s visit to the Wailing Wall amounted to “support to the Jewish efforts to judaize Palestine.” 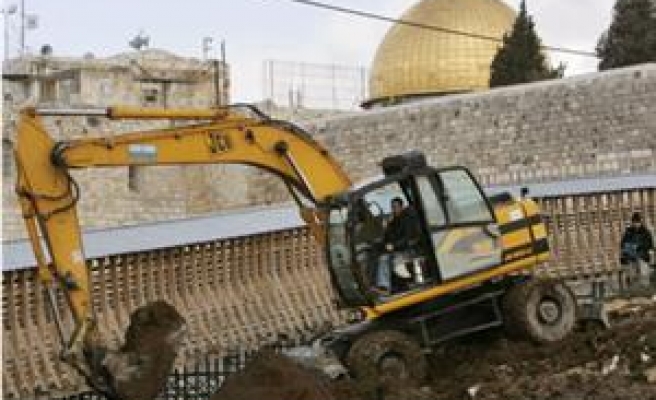 The Al-Aqsa Mosque Association in Quds described on Wednesday the visit of Spain's FC Barcelona football players to the Wailing Wall in Jerusalem as "support to the judaization of Palestine."

Addressing the President of FC Barcelona Sandro Rosell, the association sent a message and said "Your football team visiting the occupied Palestinian territories, also paid a visit to the western wall of Al-Aqsa Mosque, the Jewish "Wailing Wall," which means a support to the Jewish efforts to judaize Palestine. Having a large mass of fans in the Arab and Islamic world, the Barcelona Club hurt its Muslim fans by this visit. We conveyed our uneasiness upon the visit via this message."

As part of the "Peace Tour" they went on last week to contribute to the Middle East peace process, the Spanish club visited Palestine and Jerusalem.

Players of the world-famous Spanish team prayed before the Wailing Wall as they wore kipas, Jewish cap worn in Conservative and Reform communities to fulfill the customary requirement at times of prayer.

Oh boo whoo. You don't let non Muslims step foot in the Mecca yet jets let anyone from any race come to their wailing wall. Are you Muslims are "racist" in that sense and support only the Islamic people. Sounds stupid yes? Just like this complaint of the association.