'Apartheid Wall' to be built along Gaza border as well

Move comes following weeks of violence between Israeli security forces and Palestinians, with 32 of the latter killed this month alone 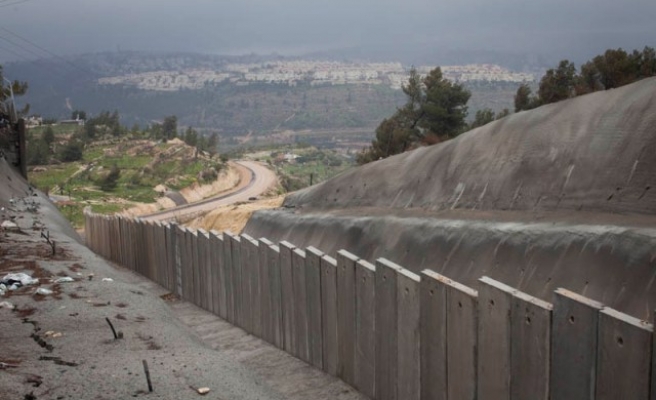 Israel has announced plans to build a “security wall” along its border with the blockaded Gaza Strip, Israeli state radio reported late Wednesday.

According to the broadcaster, the Israeli army plans to erect the 65-kilometer-long barrier with the ostensible aim of preventing Palestinians in the Gaza Strip from “infiltrating” Jewish settlements located on the Israeli side of the border.

The move comes amid a spate of recent violence that began last month when the Israeli authorities closed off East Jerusalem’s flashpoint Al-Aqsa Mosque complex, Islam’s third-holiest site, to Muslim men under 50, while allowing groups of extremist Jewish settlers to enter the site in large numbers.

In a wave of subsequent violence that remains ongoing, 32 Palestinians have been killed by Israeli security forces -- 21 in the Israeli-occupied West Bank and 11 in the blockaded Gaza Strip -- this month alone.

Over the same period, some 1,700 Palestinians have been injured by Israeli gunfire, according to figures released by the Palestinian Health Ministry.