Gaza's Ark was badly damaged on Tuesday when it was attacked off the coast of the Gaza Strip. 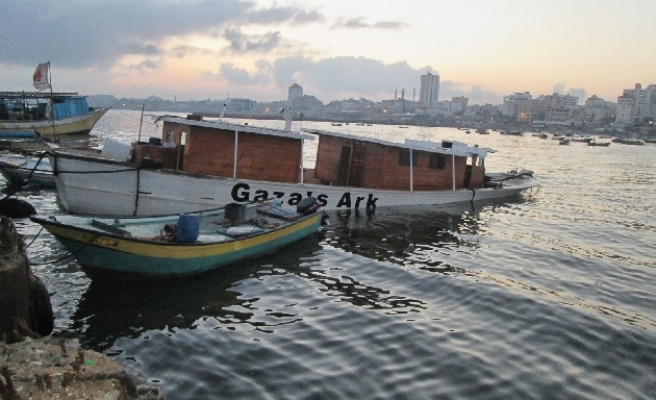 An Israeli Arab lawmaker on Thursday sent a written letter to Israeli Defense Minister Moshe Ya'alon, asking for clarifications on the bombing of a Europe-bound boat off the coast of the Gaza Strip on Tuesday.

The office of Arab Knesset member Haneen Zoabi said she sent the letter to Ya'alon asking him to clarify the people who stood behind the bombing of the boat and the reasons behind what she called the "sabotage attack."

"The inquiry [the letter] comes after the appearance of information that the guard of the ship had received a phone call from an Arabic-speaking person who asked him to immediately leave the area because the boat would be bombed, ten minutes before an explosion hit the boat," Zoabi's office said in a statement.

The boat, Gaza's Ark, was badly damaged on Tuesday when it was attacked off the coast of the Gaza Strip. It was expected to sail from Gaza to Europe within days as part of efforts to break an eight-year Israeli blockade on the Palestinian coastal enclave.

The Palestinian resistance movement Hamas, which rules the Gaza Strip, accused Israel of standing behind the bombing of the boat.

According to a source close to the Palestinian group, an elite Israeli force sneaked into the Gaza port and planted explosives inside the boat before detonating it.