"Everybody, especially workers, has been affected by the destruction of the [Egypt-Gaza] smuggling tunnels," a taxi driver named al-Akhras said. 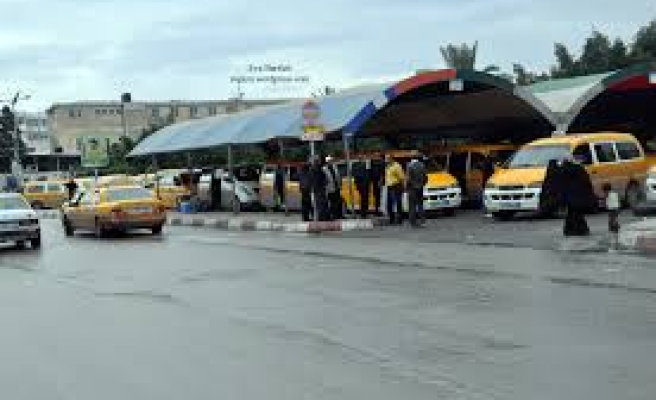 Moving his taxi around every once in a while, Emad al-Akhras continues inviting potential passengers: "Khan Yunis!" he shouts out. "Rafah!"

The 49-year-old cabdriver from the Gaza Strip, however, is not shouting with his usual enthusiasm. With noticeable bitterness in his voice, al-Akhras remembers that he still must wait several hours at the local gas station to obtain enough fuel for his car for the following day.

Every time he hears of the arrival of a fresh shipment of Egyptian fuel, he hurries to the gas station. Then he must spend almost the entire day waiting to buy 25 liters of fuel, which is only enough to run his cab for a single day.

The increasing scarcity of Egyptian fuel has already opened the way for fuel coming from Israel, which has imposed an all-out blockade on the strip since 2007.

A series of tough measures taken by the Egyptian army along the border between Egypt's Sinai Peninsula and the Gaza Strip have effectively halted activity in the network of smuggling tunnels which have long served as a lifeline for Gazans reeling under the strict Israeli blockade.

The crackdown has halted the flow of smuggled Egyptian fuel (diesel and gasoline) -- sold here at half the price of fuel imported from Israel -- compounding the woes of thousands of poor car owners and taxi drivers like al-Akhras.

To power the strip's automobiles, about 400,000 liters of fuel are needed every day. Gazans used to depend on neighboring Egypt -- via the smuggling tunnels -- for these badly-needed supplies.

Now, al-Akhras must settle for fuel coming from Israel, but complains that Israeli fuel sells for 6.5 Israeli shekels (around $2) a liter, which is far beyond his ability to afford.

Al-Akhras has been driving his taxi for the past 15 years in order to put food on the table for his eight family members. "How will I be able to feed my family now?" he asked.

He said he did not have any other work, stressing that his family totally depended on his work for their survival.

Although he must pay more for Israeli fuel, al-Akhras and his fellow cabdrivers must also abide by tariffs set by the Ministry of Transport in Gaza.

"Everybody, especially workers, has been affected by the destruction of the [Egypt-Gaza] smuggling tunnels," al-Akhras said.

He does not know what the future holds for him and his family, especially in the event that the Egyptian fuel crisis persists.

Saady Awad, 59, another taxi driver, is also the sole breadwinner of his family, which consists of ten people.

Awad says the authorities must do something to save Gaza residents by finding affordable alternatives to Egyptian fuel.

"The disappearance of Egyptian fuel has caused our work to stop altogether," Awad told the AA. "Lucky are those who managed to save some Egyptian fuel for use these days."

"As for me, I can do nothing," he lamented. "I have already stopped working."