Israeli PM Netanyahu cut short his visit to Sderot and was headed to the Defense Ministry headquarters in Tel Aviv. 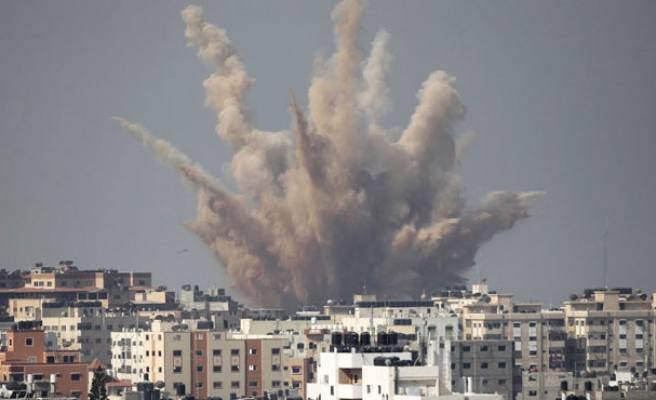 At least 22 shells fired from Israel hit open farmland in southern Lebanon close to the frontier, a Lebanese security source in the area said on Wednesday.

The shells struck near Wazzani village and were fired in quick succession.

Earlier in the day an anti-tank missile was fired at an Israeli military vehicle near the frontier with Lebanon, an Israeli army spokesman said.

The attacks took place as Israeli Prime Minister Benjamin Netanyahu was in the southern city of Sderot, laying the cornerstone for a new neighborhood. "At these moments, the IDF is responding to the events in the north. Look what happened here. Not far from the city of Sderot, in Gaza, Hamas was hit by the strongest blow it ever received last summer… Security comes before all else. Security is the foundation for everything."

Netanyahu cut short his visit to Sderot and was headed to the Defense Ministry headquarters in Tel Aviv for consultations/ Defense Minister Moshe Ya'alon convened a security briefing in the wake of the attacks.

Tensions have escalated in the frontier area linking Lebanon, Israel and Syria in the past ten days since an Israeli air strike on a Hezbollah convoy near the Golan Heights which killed an Iranian Revolutionary Guard general, a Hezbollah commander and the son of the group's late military leader.

The incident occured shortly after it emerged that IDF troops were digging in the same area search for possible Hezbollah tunnels. There was no apparent connection between the two incidents.

Both Lebanese group Hezbollah, which is backed by Iran and fought a 34-day war with Israel in 2006, and Iran's Revolutionary Guards have vowed to avenge the deaths.