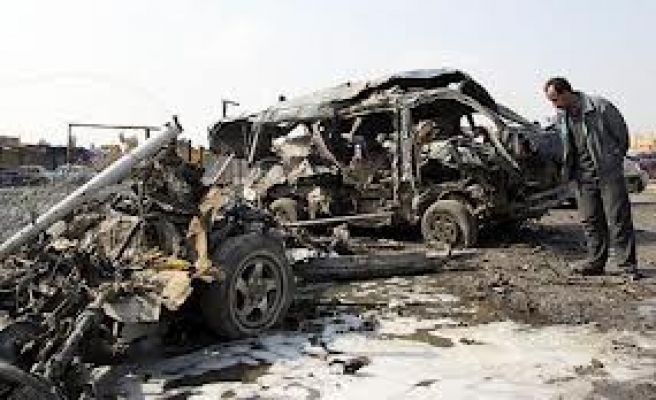 A series of car bombs in Baghdad killed at least 33 people and wounded more than 100 on Thursday, with one near the "Green Zone" diplomatic complex, fuelling a death toll that has soared since the beginning of the year to levels not seen since 2008.

Armed groups have increased attacks in recent months in an insurgency against Iraqi government, raising fears of a return to full-blown sectarian conflict after U.S. troops withdrew 18 months ago.

The central zone is a highly-fortified area housing Western embassies including the U.S. mission and the nearby Iraqi ministry has been a frequent target of attacks.

"Cowardly terrorists targeted unarmed citizens in seven places in Baghdad," the Interior Ministry said in a statement. It put the death toll far lower, saying only three people were killed and 44 wounded in the violence.

Since the start of the year, attacks using multiple car bombs have become an almost daily occurrence, killing scores of people in Iraq, including during a religious holiday last weekend when bombers targeted families celebrating outside.

Each of the past four months has each been deadlier than any in the previous five years, dating back to a time when U.S. and government troops were engaged in battles with militiamen.

The government has launched a security sweep to try to round up suspected militants and Prime Minister Nuri al-Maliki said on Wednesday the crackdown would continue.