Besieged Gazans try to be hopeful after Abbas UN bid

Abbas UN bid have raised hopes of the Gazan people, who have been trying to survive under hard living conditions under Israeli blockade. 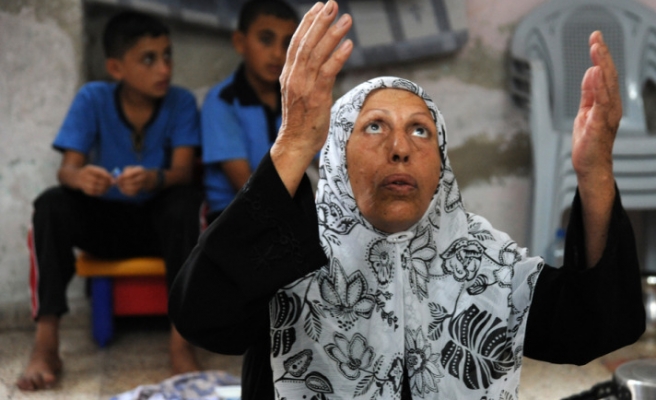 The initiatives launched by Palestinian President Mahmoud Abbas to be recognized by the United Nations (UN) have raised hopes of the Gazan people, who have been trying to survive under hard living conditions under Israeli blockade.

Thousands of Gazan people are extending full support to Abbas, and are dreaming of a life they can live without any assistance from the United Nations (UN) or any other organizations and without any embargoes, and under the flag of Palestinian state.

"The world applauded Abbas when he was speaking at the UN," Muhammad Abu Hatap said as he spoke to AA team at a refugee camp.

Hatap said nobody listened to Netanyahu's speech, and he still had hope despite the United States' right to veto

Abbas had been struggling for the sake of Palestinian people, Hatap said and hoped that sufficient number of countries would vote in favor of Palestine's bid to become a state.

Hatap said it was high time that Fatah and Hamas reached a compromise, and there was no electricity, no water and life was unbearable.

"Life is too expensive in Gaza, and a solution has to be found," Hatap said.

Also speaking to AA team, 19-year-old Khalid Avad said there had been no progress in solution of Palestinian people's problems for 60 years.

"I am supporting Mahmoud Abbas, and I hope blockade will end after we become a state. There will be compromise between Hamas and Fatah, and brotherhood will be ensured," he also said.

Ziyad Al Gul, who used to be a tailor but who has been seeking a job for years since he was unemployed after the blockade, hosted AA team at his house where he was also taking care of five children of his sibling.

Al Gul, who is trying to survive in his two-room house with assistance, said he wanted Palestine to become a state, as Palestinians would be in a better condition if that happened.

"I have been seeking job for years, and I am losing hope each passing day. There are no jobs in Gaza, and we are in a bad situation," Al Gul said.

Al Gul said his children were going to school and he had a lot of expenditures, but he could not meet them.

"We are surviving with food aid from UN and some other aid organizations," Al Gul said.

Al Gul said Turkey should find a solution and make a plan for Palestine.

"We are more hopeful after recognition bid, and new job opportunities can occur after we become a state," Al Gul also said.

Palestine has launched initiatives to join the UN to be admitted as a full member state.