While the United States said it was disappointed by the deal, which it said could make peace efforts difficult, China said it regarded the move positively 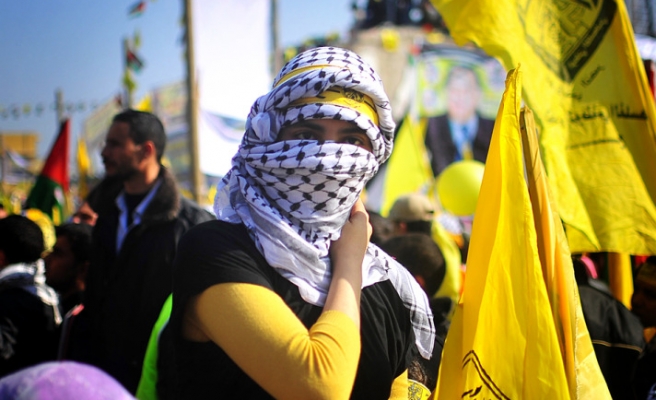 While the United States said it was disappointed by the deal, which it said could make peace efforts difficult, China said it regarded the move positively.

China "believes this will be conducive to Palestinian unity, and fundamentally conducive to the establishment of an independent Palestinian state and peaceful coexistance between Israel and Palestine", foreign ministry spokesman Qin Gang told a daily news briefing.

The Palestinian move, after years of internal bickering, envisions a unity government being formed within five weeks and national elections six months later.

Qin said that with talks between the Israelis and Palestinians "at a crossroads", both sides should "abandon their prejudices" and meet each other half way to reach an agreement.

"China has always believed that peaceful talks are the only way for there to be peace between Israel and Palestine," he said.

Following the Palestinian announcement, Israel cancelled a session of U.S.-brokered talks with the Palestinians that had been scheduled for Wednesday night in Jerusalem.

Hamas has battled Israel, which it refuses to recognise, while Abbas' Fatah party has remained in control of the Palestinian Authority in the occupied West Bank and pursued years of fruitless talks with Israel.

China has traditionally kept a low profile in Middle East diplomacy despite its reliance on oil imports from the region, though it is keen to demonstrate its role as a force in international politics.

This month, China's President Xi Jinping urged Israel to make "brave" decisions on the latest round of peace talks with the Palestinians, after negotiators ended another U.S-mediated session with no sign of a breakthrough.