In the speech, Abbas accused Israel of ethnic cleansing that included decisions to expel elected representatives from Jerusalem. 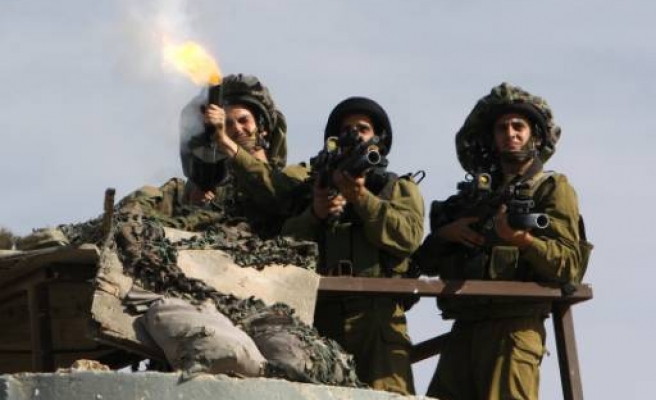 Israeli police arrested a Hamas lawmaker on Monday who had been sheltering for more than a year in the International Red Cross (ICRC) offices in East Jerusalem, a police spokesman said.

Ahmad Attoun had taken shelter in the ICRC building along with another Hamas legislator and a former Hamas government minister after Israeli authorities revoked their Jerusalem "residency permits." Israel occupies East Jerusalem since 1967.

The police spokesman and a security guard at the ICRC building said paramilitary police disguised as Palestinians had grabbed Attoun at the entrance to the offices and arrested him.

He was taken into custody a day after Palestinian President Mahmoud Abbas mentioned the men's case in a speech on his return to the occupied West Bank from the United Nations, where he applied for recognition of full Palestinian statehood.

The other two Hamas men remained inside the ICRC building.

In the speech, Abbas accused Israel of ethnic cleansing that included decisions to expel elected representatives from Jerusalem.

In a statement issued in June 2010, after Israel ordered them to leave Jerusalem, the three Hamas men wrote: "We as sons of Jerusalem have never left it before ... we emphasise that we will remain here and never leave it."

The ICRC has said it told Israeli authorities that international humanitarian law prohibited the forcible transfer of Palestinian residents from their homes, for whatever reason.