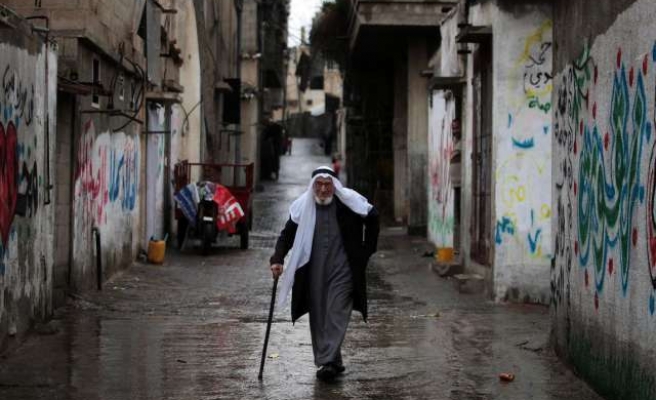 Dozens of Palestinians in Gaza City began vacating their homes on Thursday in fear of flooding caused by heavy rainfall that has recently battered the coastal enclave.

Gaza City's civil defense authority has urged the inhabitants of first-floor apartments and single-level homes in the eastern Al-Nafaq district to vacate their homes after heavy rains raised water levels in the nearby Sheikh Radwan Canal to near-inundation levels.

The authority said it was working to prevent a humanitarian disaster in the neighborhood amid fears that houses would be flooded after four days of heavy rainfall.

Palestinian officials fear that an anticipated cold spell this winter could further aggravate the dire humanitarian situation in the blockaded Gaza Strip, the infrastructure of which was badly damaged during a recent Israeli military onslaught.

Already underdeveloped as a result of Israel's seven-year blockade of the Palestinian territory, the strip's rickety infrastructure sustained further damage during Israel's 51-day offensive in July and August.

In December of last year, thousands of Gazan families were displaced when a severe cold snap and torrential rainfall flooded entire neighborhoods, including Al-Nafaq.

Over 2,160 Palestinians were killed – and some 11,000 injured – during Israel's seven-week military onslaught this summer, which caused the Gaza Strip an estimated $5 billion in economic losses, according to Palestinian government figures.