Economy minister says Turkey to teach Palestine 'how to fish'

Minister Zeybekci and Palestinian Economy Minister Mustafa agree that Palestine needs to develop 'through domestic production and not donations.' 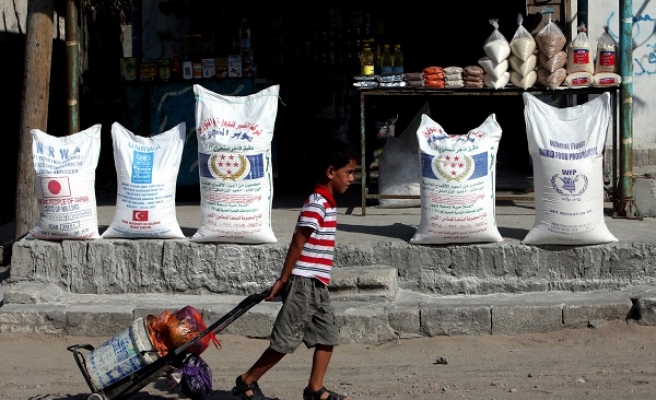 The minister said that he would like to see Palestine "back on its feet," and "reach a state where it can rebuild itself."

"I want people, especially young people, children and girls to have a future. If the young people (in Palestine) do not have a dream about the future, then there is only one thing left: violence," he said.

To this end, Zeybekci said Turkey is ready to abolish visas for Palestinian businessmen.

"It is not appropriate to ask for a visa from Palestinian businessmen who want to come to Turkey. We will do whatever it takes to put an end to this."

Zeybekci also underlined the importance of increasing the trade volume between the two countries, and in particular, the volume of imported goods from Palestine.

"Right now, Turkey exports $280 million worth of goods to Palestine whereas the imports are only worth $5 million. This must change," Zeybekci said, adding that Turkey would like to help reverse this trend.

"We already have a free trade agreement between us, and we are ready to do whatever we can to extend its scope," he said.

Palestine's Minister of National Economy and Deputy Prime Minister Muhammad Mustafa said for his part that they need to strengthen the country's economy, and increase the share of the national industry from 13 percent to 25 percent of the economy.

"There has been an increase in unemployment and a drop in national income since we are dependent on Israel. So we need to strengthen our national economy," he said, adding that this must not be achieved through donations, but through domestic production.

Mustafa said that the Palestinian government was also working to "integrate Gaza back in the national economy," as it had a "significant share prior to Israel's embargo."

"Israel does not let us rebuild Gaza, but we won't give up. We will rebuild Gaza despite all the difficulties."

The minister also vowed to rebuild Al-Quds, another name for Jerusalem.