Egypt to open Rafah crossing with Gaza on Tuesday

Maher Abu Sabha, the head of Gaza's border authority, told said students, patients and holders of foreign residency will be allowed to leave during the three-day period. 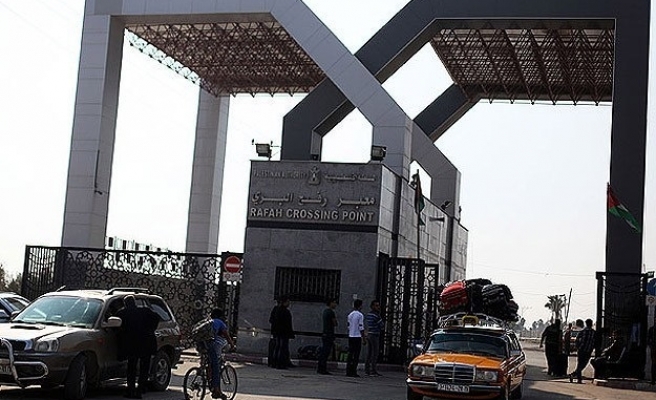 Egyptian authorities will open the Rafah crossing with the Gaza Strip on Tuesday for three days, a Palestinian official has said.

"Egyptian authorities have notified the Palestinian side that the Rafah crossing will be opened from Tuesday until Thursday," Maher Abu Sabha, the head of Gaza's border authority, told The Anadolu Agency.

He said students, patients and holders of foreign residency will be allowed to leave during the three-day period.

The Palestinian embassy in Cairo has confirmed that the terminal will be opened on Tuesday.

The embassy said in a statement that the crossing will be reopened "in response to a request by Palestinian President Mahmoud Abbas."

There has been no comment from Egyptian authorities on the report.

Egypt closed the Rafah border crossing, Gaza's only access to the outside world not under Israeli control, on October 24 following an attack on a military site in the Sinai Peninsula that left 31 Egyptian troops dead.

Egypt has tightened its grip on the border with the blockaded Gaza Strip since the ouster of Mohamed Morsi – the country's first freely elected president – by the army in mid2013.

The repeated crossing closures has made life even more difficult for Gaza's roughly 1.9 million residents, who have groaned under an airtight Israeli blockade since 2007.