The bid has little chance of success because of opposition from the United States which has said it would veto it at the Security Council. 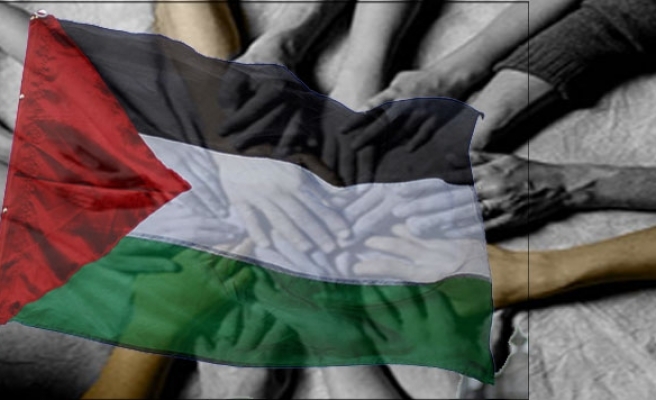 European Union governments sought a common approach on Friday to a possible Palestinian bid for statehood at the United Nations this month but deep policy differences looked set to undermine the efforts.

Austria's Foreign Minister Michael Spindelegger said one solution could be for the EU to propose its own resolution to the U.N. on the sensitive issue but other diplomats said privately that several EU capitals opposed the idea.

Speaking to reporters at a seaside resort in Poland, where EU foreign ministers met for two days of informal talks, Spindelegger said the bloc could use its previous statements on the Middle East as a basis for a common view.

"So far the positions in the EU are very divergent," Spindelegger told reporters. "I hope that we, as Europe, can send a signal ... and phrase a text which eventually might be brought before the (U.N.) assembly."

With peace talks with Israel frozen, the Palestinians have vowed to seek full U.N. membership for a state in the besieged Gaza Strip and occupied West Bank, with East Jerusalem as its capital, during the assembly's next General Assembly in September.

The bid has little chance of success because of opposition from the United States which has said it would veto it at the Security Council.

A veto would prevent a vote from being held at the General Assembly but the Palestinians may seek an upgrade of their status instead which would bring the issue up for discussion at the forum.

As well aggravating tensions in the Middle East, for the EU, a vote at the U.N. could be deeply embarrassing, if members of the 27-state bloc split into opposing camps, with some backing Palestinian efforts and others opposing them.

Having its difficulties in forging a common view exposed would undermine the EU's efforts to become more influential in international affairs.

The EU's foreign policy chief, Catherine Ashton, has tried to bolster the EU's global clout since taking the position in 2009, and in particular since the Arab Spring has created an opportunity for the EU to have a say in how new democracies in North Africa and the Middle East develop.

Ashton herself said in Sopot that EU capitals still had to time to decide how to act at the U.N. and said efforts should continue to mediate between Israel and the Palestinians in the meantime.

"I just came back from discussions with the leadership of the Palestinian authority and the Prime Minister of Israel ... on how we move forward to get negotiations moving," she told reporters.

"My objective is the resumption of negotiations so we can actually get to a settlement."

Luxembourg's Jean Asselborn said the EU needed to give support to the Palestinians and a bid for an upgrade of their status at the U.N.

Dutch minister Uri Rosenthal expressed the opposite view, shared by EU powerbroker Germany, the United States and Israel, that the Palestinians should refrain from unilateral moves and push to resume peace negotiations instead.

"The Dutch position has been very clear ... we are totally against any unilateral steps whatever they might be and any step should be on the basis of any agreement of all the parties concerned," he said.