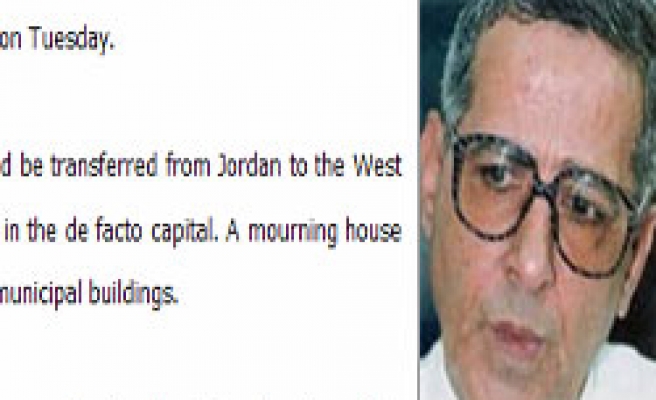 Officials in Ramallah said his body would be transferred from Jordan to the West Bank at 9.a.m on Wednesday for burial, Maan news agency said.

Al-Hindi, born in Gaza in 1940, was appointed a senior security officer in Fatah, and former President Yasser Araraft made him General Security and Intelligence Service cheif when they body was established by the Palestinain Authority in the mid 1990s.