Former US president Jimmy Carter and former Republic of Ireland president Mary Robinson also called for the 'partial' lifting of the seven-year-old sanctions and blockade on the Gaza Strip and to allow financial aid to reach the Hamas government. 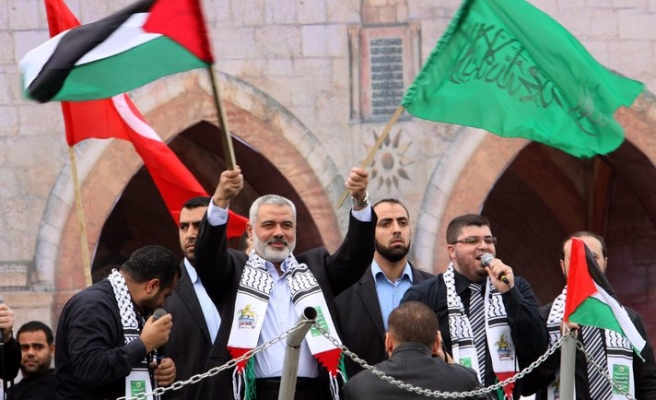 Former US president Jimmy Carter and former Republic of Ireland president Mary Robinson have made a joint call for the the United States and European Union to accept the Gaza-based Palestinian resistance group Hamas at the negotiation table and have slammed Israel for not accepting the jointly elected technocratic government put forward by Hamas and rival faction Fatah.

Writing for Foreign Policy, the two former world leaders said that it was time for the US and the EU to realize that Hamas 'is not just a military but also a political force' and that 'Hamas cannot be wished away.'

'Only by recognizing its legitimacy as a political actor - one that represents a substantial portion of the Palestinian people - can the West begin to provide the right incentives for Hamas to lay down its weapons,' the joint article stated in criticism of the West's policy on Hamas.

Describing the Palestinian reconcilliation agreement between the West Bank-based Fatah and the Gaza-based Hamas, in which the two agreed to elect a neutral technocratic government that pledged to adopt the three basic principles demanded by the Middle East Quartet (comprised of the United Nations, the United States, the European Union, and Russia) to adopt nonviolence, the recognition of Israel, and adherence to past agreements as a 'major concession by Hamas,' the pair criticized Israel for rejecting the opportunity for peace by opposing the new Palestinian government.

'Unity between Fatah and Hamas is currently stronger than it has been for many years. As Elders, we believe this is one of the most encouraging developments in recent years and welcome it warmly. This presents an opportunity for the Palestinian Authority to reassume control over Gaza - an essential first step towards Israel and Egypt lifting the blockade,' Carter and Robinson said.

The article also called for the 'partial' lifting of the seven-year-old sanctions and blockade on the Gaza Strip and to allow financial aid to reach the Hamas government so that teachers, police, and welfare and health workers could be paid to ensure 'a human standard of living.'

There was also no hesitation to condemn the Israeli Defense Forces for causing a 'humanitarian catastrophe' in Gaza by pulverizing large parts of Gaza, including thousands of homes, schools, and hospitals, saying that there was 'no humane or legal justification' for the way they conducted the month long siege which claimed around 1,900 lives. 'There is never an excuse for deliberate attacks on civilians in conflict. These are war crimes,' they said.

The United Kingdom, Canada, Jordan and Japan also deem Hamas to be a terrorist group. However it is not considered a terrorist organisation by several other states, including Iran, Russia, Turkey, China and many Arab nations.