Blockade-imposing Israel allowed the import of cars into the Gaza Strip for the first time since Hamas started to rule the enclave in 2007. 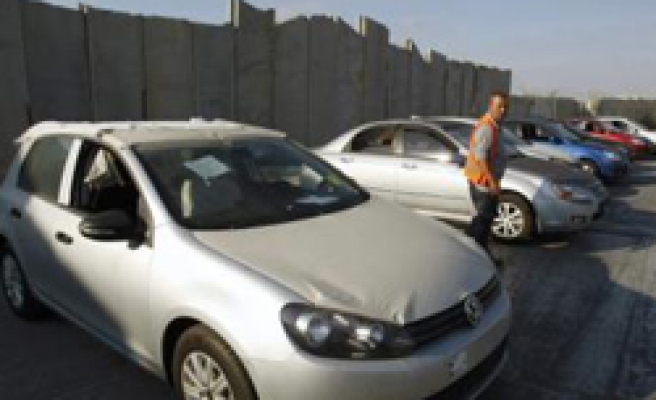 Blockade-imposing Israel allowed on Monday the import of cars into the Gaza Strip for the first time since Hamas started to rule the enclave in 2007.

Five new cars and 15 second-hand vehicles, imported from Korea and Germany, rolled into the Gaza Strip through the Israeli-controlled Kerem Shalom crossing.

Israel tightened its blockade of the Gaza Strip three years ago but slightly relaxed the embargo in June after its killing of nine Turkish activists in a naval raid on a blockade-running flotilla caused an international outcry.

Cars have been smuggled into the enclave through tunnels under the Egyptian border and 200 vehicles, selling for twice their normal price, have been brought in this year, local merchants said.

"The resumption of car imports will influence the prices of cars especially in the local market. Prices of cars will go down," said Ismail al-Nakhala, head of the Gaza association of car merchants.

The Gaza Ministry of Transportation said there are 65,000 cars registered in the territory, or one per 23 people.

Israel launched on Dec. 27 a massive offensive in Gaza, killing more than 1434 Palestinians, a third of them children, and wounded at least 5300.

But Israel still bans exports from Gaza and the import into the enclave of some 3,000 items, such as building materials.