Muslims in Gaza welcomed Ramadan with the first Tarawih prayer which was performed by Ismail Haniyeh, who addresed the Palestinians' concerns of the annihilation of their faith. 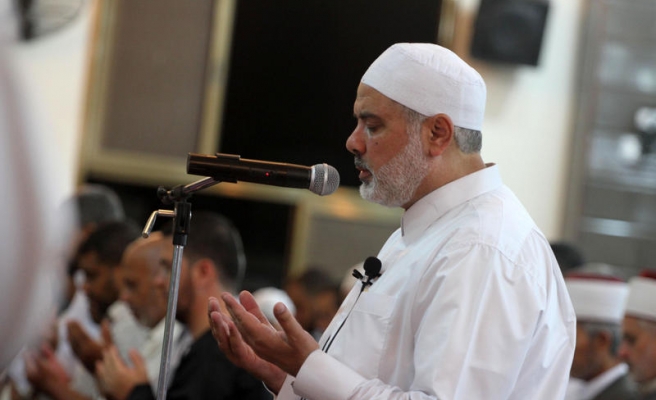 Muslims in Gaza welcomed Ramadan with the first Tarawih prayer which was performed by Ismail Haniyeh, the prime minister of the Hamas government in Gaza.

Haniyeh led the first Tarawih in Al- Abiyad Mosque and prayed for Muslims around the world.

After the Tarawih, Haniyeh made a speech for those who attended the Tarawih at the Al -Abiyad Mosque.

“My words are a message those who are trying to terminate the Palestinian people’s religion. Islam and our religion are the essence of our identity,” also added Haniyeh.

Welcoming the holy month of Ramadan, Muslims across the world rushed to mosques to perform the first Tarawih prayer'. Tarawih prayer is an extra prayer specific to Ramadan, according to the practices of Prophet Mohammed, performed by Muslims following the obligatory night prayer Isha'