The deaths of five Palestinians in 12 hours has not received any mention by the New York Times. 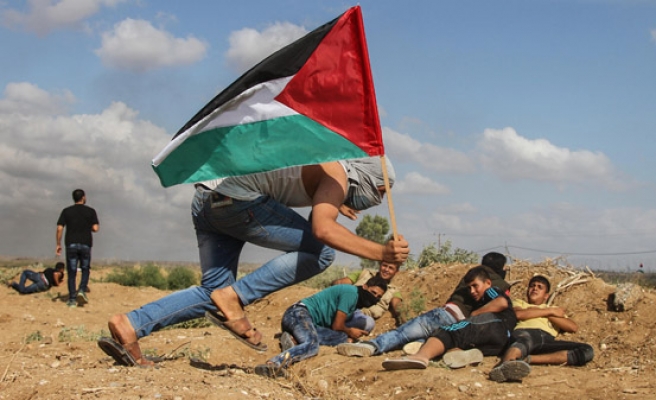 Israeli soldiers shot and killed five Palestinians, one of them in Gaza and the rest in the West Bank - all within the space of 12 hours. Two of those who were killed were teenagers, and although the army claims some of them were shot during stabbing attempts, witnesses have given different accounts as to what happened

For all the news appears in the New York Times, there has been no mention of the Palestinian deaths. A search using the names of those killed in various spellings turned up nothing, without even a fleeting appearance in wire service accounts.

In stark contrast only a week ago the headline of the newspaper was: "Attacks by Palestinians Kill 3 Israelis and Wound More Than 20.”  Running this title on the top of page A8 last Wednesday, the story that followed failed to report the number of wounded Palestinians - at that point it had reached 2,000 since the beginning of October.

Yesterday five Palestinians were shot dead and not so much as a a paragraph in the World Briefing to inform readers of this latest carnage by Israeli troops. Had they been Israeli, the Times would have found this news fit to print.

The Palestinian Centre for Human Rights reported that that the teenagers died during a settler protest in the streets of al-Khalili, when the two had been prevented from making their way home. According to the statement release, the boys had asked a soldier for help in crossing through a gate when army snipers shot them.

“When the two children heading towards the gate were only two meters away from the soldier,” the report says, “other Israeli soldiers fortified in a military watchtower in the area opened fire at the children and killed them immediately. The Israeli forces detained the children’s corpses and denied the Palestinian civilians and ambulances access to the area‫.”

PCHR reported that al Sarahi died after being hit by three bullets to the chest when he was with a group in an agricultural field about 350 meters from the border fence. Two others were wounded. The Israeli army claimed that it had killed a “sniper,” even though the group was in the open.

The deaths on Tuesday brought the total of Palestinians killed this month to 47 as of yesterday, PCHR said.