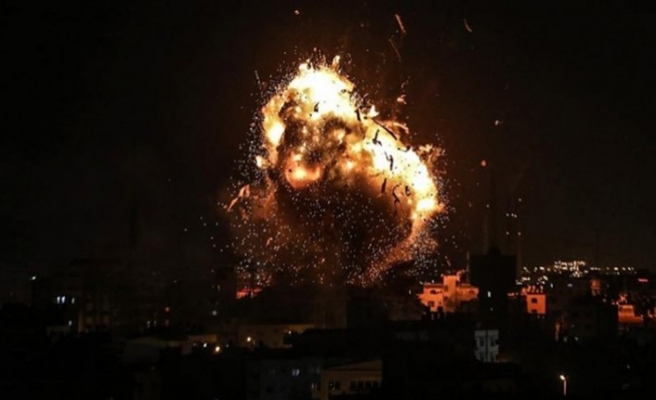 The number of Palestinians killed increased to four Tuesday amid renewed Israeli attacks on the Gaza Strip, with strikes ongoing throughout the enclave.

A Palestinian injured during an Israeli attack on the town of Rafah, south of Gaza, died, according to a statement by Palestinian Health Minister Ashraf al-Qudra

Israel launched airstrikes against Gaza late Monday after rockets were fired against Jewish settlements. In addition to the four martyred, nine others were injured.

The Israeli army said 300 rockets were fired from Gaza since Monday but the country’s air defense system, Iron Dome, intercepted 60 with most of the rest falling on empty land.