France to recognise state of Palestine if talks fail

France has said that if the peace talks fail, they will recognize the state of Palestine. 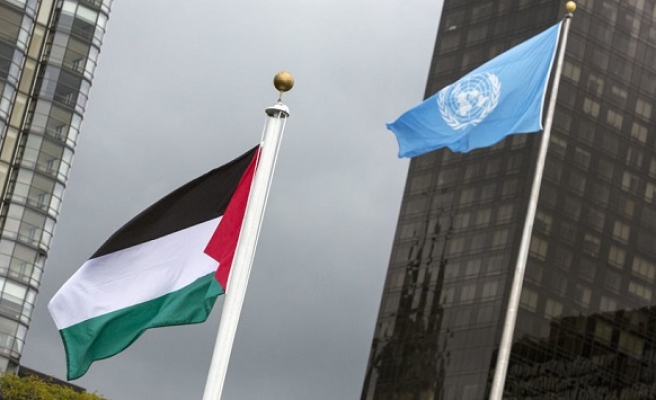 Paris has said that they will recognize the Palestinian state if France fails to break a deadlock between the Israelis and Palestinians in the coming weeks, Foreign Minister Laurent Fabius has announced.

Currently, France is looking to quickly revive plans for an international conference to "bring about the two-state solution" to end the Israeli-Palestinian conflict, Foreign Minister Laurent Fabius said Friday.

"In the coming weeks, France will take... steps in order to organise an international conference gathering each of the parties' principle partners -- principally Americans, Europeans and Arabs -- in order to preserve and to bring about the two-state solution," he said in remarks to diplomats.

"We must not allow the two-state solution to fall apart," he said, noting that there had been no halt to Israel's settlement activity on land the Palestinians want for a future state.

Peace talks collapsed in April 2014 and since then, the situation has deteriorated, with the prospects of fresh dialogue appearing more remote than ever.

Should efforts to breathe life into the moribund peace process fail, France would move to unilaterally recognise Palestine as a state, Fabius said in a report in AFP.

"And what will happen if this last-ditch attempt at reaching a negotiated solution hits a stumbling block?" he said.

"In that case, we will have to live up to our responsibilities and recognise a Palestinian state."

In November 2014, the French parliament backed a motion urging the government to recognise Palestine as a state as a way of achieving a "definitive resolution of the conflict" in a move which Paris has said could happen if the peace process remained in the doldrums.

France has also pushed for a UN resolution that would guide negotiations leading to an independent Palestinian state and which could include a timeframe for talks.

Until now, France's diplomatic efforts have been largely rebuffed by Israel, with Prime Minister Benjamin Netanyahu insisting that peace would only come through direct negotiations between the parties and not through UN resolutions "imposed from the outside."

Earlier on Friday, the Palestinians began waging a new campaign at the United Nations to revive peace prospects, with envoy Riyad Mansour highlighting the need for a "collective approach" to solve the conflict and saying a resolution condemning Israel's settlement expansion could be a first step.