The Free Palestine Movement is planning to send a aid plane loaded to the Gaza Strip in defiance of Israel's air and sea blockade, a report said. 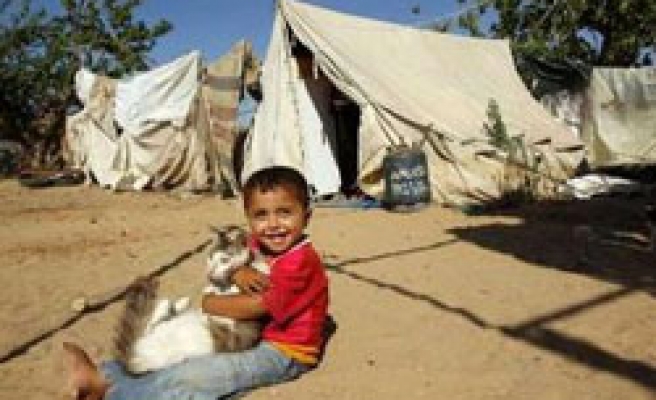 
The Free Palestine Movement, US-based organization, is planning to send a aid plane loaded to the Gaza Strip in defiance of Israel's air and sea blockade following the deadly Israeli raid in May 31, a Palestinian news agency said.

Gazans live under heavy Israel siege for a long time and Egypt still insists on not to opening the only Gaza border crossing in a move condemned by Muslims around the world in protests.

"We intend to send an aircraft to Gaza in much the same way boats were used -- without going through Israeli or Egyptian airspace," Maan News agency quoted Paul Larudee, an organizer in the flight, as saying.

Authorities in Gaza are supportive of the initiative and are working to locate a landing site, Larudee was quoted as saying, Gaza's now-defunct Yasser Arafat International Airport is not being considered.

The plan is to send a light aircraft equipped with material sometime in the spring of 2011, after the next sea voyage.

The group says in the statement on website that “Gaza air space can be entered without over-flying Israeli or Egyptian territory. Breaking the blockade by air may be even more feasible than by sea. An aircraft cannot be boarded while in flight, and the right aircraft can land almost anywhere in Gaza.”

Nine people, including eight Turkish and one U.S. citizen of Turkish descent, were killed by Israeli forces in a raid on a Gaza-bound aid flotilla including Mavi Marmara ship on May 31. Around 30 people were wounded in the attack.

The group says “Success also depends on showing that we present no military threat. Like the voyages by sea, we will be totally transparent in our actions and the world will be watching.”