Last Thursday, Gaza police had closed all the strip's banks after scuffles erupted between former Gaza government employees and PA-employed civil servants, with the former – citing alleged discrimination – stopping the latter from obtaining their salaries. 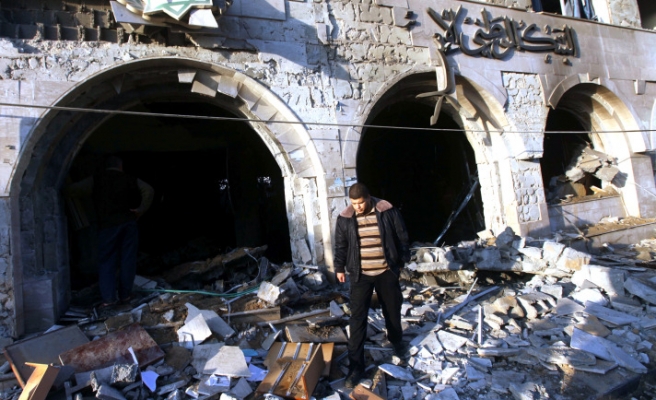 Banks in the Gaza Strip reopened on Wednesday following one week of closure due to a pay dispute between Hamas-hired employees and Palestinian Authority (PA) civil servants.

In a statement, the Palestine Monetary Authority said that all banks would begin gradually operating on Wednesday and fully resume services on Thursday.

An Anadolu Agency correspondent said that police, who had closed the banks over the past six days, allowed them to reopen on Wednesday.

Last Thursday, Gaza police had closed all the strip's banks after scuffles erupted between former Gaza government employees and PA-employed civil servants, with the former – citing alleged discrimination – stopping the latter from obtaining their salaries.

Former employees of the Gaza-based Hamas government (which ran the Gaza Strip for the last seven years) said they – unlike their PA counterparts – had been unable to collect their salaries in recent months.

Hamas said it had agreed with rival Fatah in April that the new national unity government would pay the salaries of all civil servants in Gaza.

Yet the funds sent by the new Palestinian government had only covered PA employees and not those hired by the earlier Hamas-led government.

Iyad al-Bazm, police spokesman in Gaza, said in a statement that police had allowed banks to reopen after Gaza's Hamas-linked employees syndicate issued a one-week deadline for resolving the crisis.

"We reaffirm that the police deployment around banks was intended to prevent clashes and protect public property," he added.

On Monday, Khalil al-Hayeh, leading member of Hamas, accused the recently-formed Palestinian unity government of violating the terms of the April reconciliation agreement.

"We never expected ordinary people's livelihoods to be the first stumbling block on the road towards [Palestinian national] reconciliation," al-Hayeh said at a Monday press conference in Gaza City.

The deal stipulated the formation of a unity government of technocrats to run Palestinian affairs in Gaza and the West Bank until legislative polls are held within six months.

Unveiled last month, the new Palestinian unity government – which, like its predecessors, is strapped for cash – faced its first challenge when paying public-sector salaries in both territories.