Mamoun Dalloul’s factory was destroyed by Israeli shelling three times in the past, leaving him with losses equivalent to $3 million 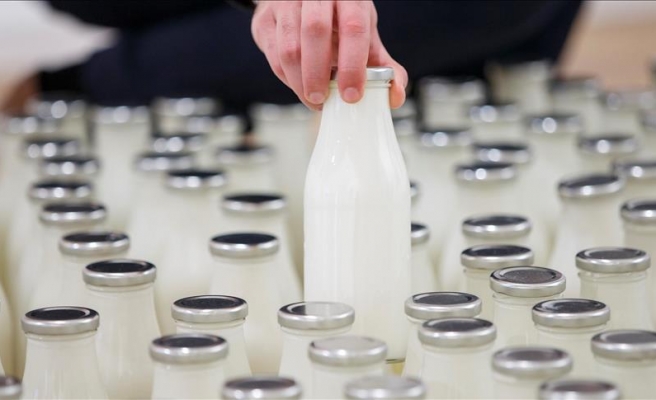 Mamoun Dalloul is busy rebuilding his dairy factory, which was destroyed for the third time in 2014 during Israel’s latest major offensive against the Gaza Strip.

“We face numerous difficulties due to Israeli wars and instability in Gaza,” Dalloul, 39, told Anadolu Agency. “However, we are trying to survive and maintain our source of livelihood.”

Dalloul’s factory was destroyed by Israeli shelling three times in the past, leaving him with losses equivalent to $3 million.

“I have managed to rebuild part of my factory after months of war,” Dalloul said.

Now, only one production line of Dalloul’s three-line factory has come into operation. “The [Israeli] occupation is seeking to keep us in chaos,” he said.

There are 15 dairy factories in the Gaza Strip, which has been reeling under a crippling Israeli siege since 2006.

In late 2014, Israel launched a 51-day offensive on the Gaza Strip on claims of undermining the capability of Palestinian factions to fire rockets into Israel.

According to the Palestinian Public Works Ministry, around 5,000 businesses have been destroyed or badly damaged during the Israeli assault.

Though he is rebuilding his factory, Dalloul – whose factory currently provides around 20-30 percent of Gaza's dairy needs -- is reluctant to introduce new dairy products in the plant.

“The possibility of launching a new Israeli offensive on Gaza is haunting us,” he said.

Taher Abo Hamad, the head of the agricultural and animal production department in Gaza, said cheese and yogurt are the main items produced in Gaza dairy factories.

“Factory owners are reluctant to buy new equipment for cheese production, fearing that the plants might be targeted by Israel,” he said.

There are around 2,500 dairy cows in Gaza, producing 17,000 tons of milk annually -- which accounts for only 15 percent of Gaza’s needs of milk, according to the Palestinian Agriculture Ministry.

“The Israeli blockade and imported milk also hinder efforts to increase the production of milk and cheese in Gaza,” he said.

Efforts to develop the dairy production in Gaza are also undermined by the chronic electricity problem in the Palestinian territory.

“We can’t rely on generators as the fuel consumed by the generators is very expensive,” Dalloul said.

The Gaza Strip, where some 1.9 million people live within 360 square kilometers of land, has groaned under a chronic energy crisis since Israel first sealed its borders with the Palestinian enclave in 2006 (with Egypt following suit in 2007).

The Gaza Strip requires 400 megawatts of electricity -- of which only 200 are currently available -- to meet the needs of its residents.

The coastal enclave currently has three sources of electricity: Israel, which provides 120 megawatts; Egypt, which supplies 28 megawatts; and the strip’s only functioning power plant, which generates between 40 and 60 megawatts.