Gaza death toll rises to 121, no sign of ceasefire

More than 904 Palestinians have also been wounded in the Israeli aerial attacks. 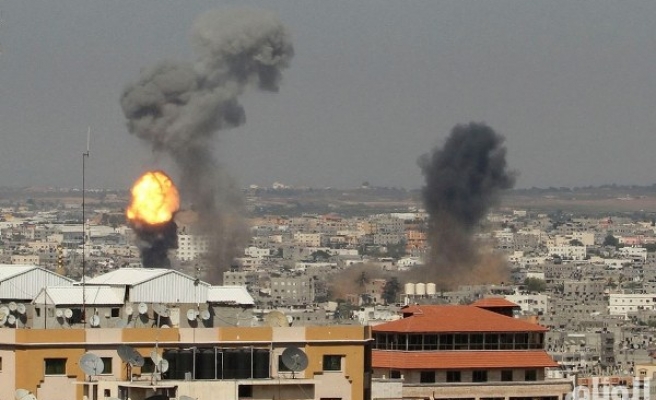 The latest fatalities bring to 121 the total number of Palestinians, mostly civilians, killed in Israeli strikes since late Monday.

More than 904 Palestinians have also been wounded in the aerial attacks.

Israel has launched a military offensive – dubbed "Operation Protective Edge" – with the stated aim of ending rocket fire from Gaza.

They have fired more than 600 rockets since Monday, according to security sources.

Palestinian resistance faction Hamas has denied any involvement in ceasefire talks with Israel as the latter continued to pound the Hamas-run Gaza Strip on Friday for the fourth day in a row.

"There have been no mediation efforts serious enough to warrant the blood of our martyrs," Hamas spokesman Fawzi Barhoum told Anadolu Agency.

"We are facing a war by Israel on the Palestinian people," he said.

The Israeli army has told 300,000 Gazans by phone to leave their houses ahead of its imminent incursion, the United Nations Agency for Palestine has said.

United Nations Relief and Works Agency for Palestine Refugees in the Near East (UNRWA) said on Friday the calls from the Israel Defense Forces (IDF) were reported in the North Area’s Beit Lahia and Beit Hanoun, and in East Khan Younis.

UNWRA said in a statement: "Beginning yesterday afternoon, Palestinian civilians were contacted over the phone in recorded messages from the IDF (Israel Defence Forces) asking them to leave their houses and move.

"This tactic was used effectively by Israeli forces in 2012, when large numbers of civilians heeded these warnings and displaced themselves. In this instance, the civilian population has largely stayed in their residences."

UNRWA has condemned the use of force by Israeli security forces on Gaza which have caused civilian casualties in violation of international humanitarian law.

The agency also asked for urgent funding to cover an expected shortfall of $22 million for its operations.

There are currently 1.2 million refugees in eight refugee camps in Gaza, according to the agency.