Gaza economy lost an estimated $230 million in June due to the closure of tunnels. 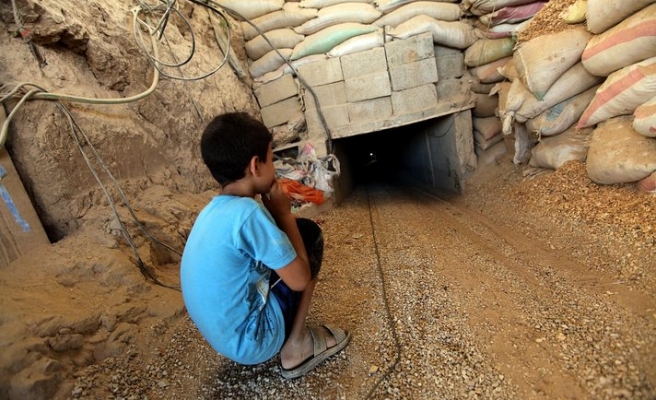 The economy of the Gaza Strip lost an estimated $230 million in June due to the closure of smuggling tunnels by Egyptian authorities, Gaza's minister of economy said Tuesday.

Over 20,000 people have lost their jobs in the construction industry as a result of shortages in raw materials which usually arrive through the network of smuggling tunnels under the Gaza-Egypt border, minister of economy Alaa Rafati told Ma'an News Agency.

"The siege Israel imposed on Gaza is still in effect, though it was loosened at a certain point thanks to the tunnels," Rafati said.

Nearly 90 percent of projects funded by Qatar and Turkey have been suspended due to a lack of supplies to Gaza since June 15.

Supplies allowed through by Israel via the Kerem Shalom crossing only cover around 30 percent of the population's needs, Rafati said.