Israel said Wednesday that an Iranian arms ship destined for the Gaza Strip was intercepted. 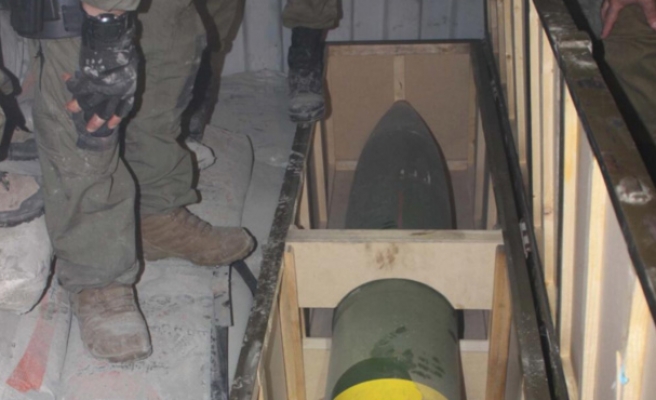 The Hamas Interior Ministry in the Gaza Strip on Wednesday denied Israeli reports about the seizure of an Iranian arms ship destined for the Palestinian territory, describing the allegation as an attempt to justify the years-long Israeli blockade on the enclave.

"This news only aims to justify the Israeli blockade on Gaza, especially after some public institutions in Europe announced their bid to sail to the strip to break the siege," ministry spokesman Islam Shahwan wrote on his Facebook page.

"No ship is able to sail for the Gaza Strip [because of the blockade]," the spokesman said.

"This is the real Iran," Netanyahu said in statements in Los Angeles.

He alleged that Iran has an elaborate global missile smuggling network. "Iran cannot get nuclear weapons. We will continue to do everything we can to protect Israeli citizens."

Washington worked closely with Israel in intercepting a naval vessel containing arms allegedly bound for the Gaza Strip, according to the U.S. State Department.

"We were closely coordinated, our intelligence and military activities, with our Israeli counterparts, who ultimately chose to take the lead with this case," said State Department spokesperson Jen Psaki.

The Israeli Navy intercepted and raised the ship, the Panamanian-flagged KLOS C, in the Red Sea between Sudanese and Eritrean territorial waters, which the Israeli military said was carrying dozens of advanced missiles from Iran bound for the Gaza Strip. According to the Israeli military, the shipment included M-302 rockets, which have a range of 160 kilometers.

Psaki added that the U.S. will continue to "stand up to Iran's support for destabilizing activities in the region, in coordination with our partners and allies" as world powers and Iran negotiate a comprehensive accord over the Islamic Republic’s nuclear program.

Hamas, the Palestinian resistance movement that governs Gaza, has denied any involvement. The group slammed Israel for making up excuses to justify the Israeli blockade.