The Gaza Strip – home to some 1.7 million inhabitants – suffers frequent power cuts since 2006 when Israel bombed the enclave's only power plant. 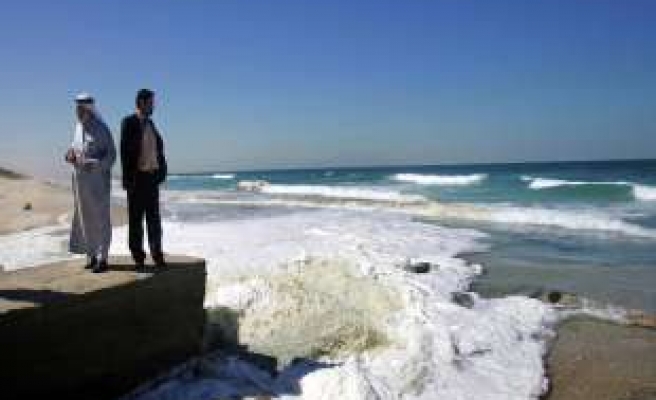 The Hamas-run Gaza government has warned of a looming "environmental catastrophe" in the Gaza Strip due to the continued pumping of wastewater into the Mediterranean.

"Gaza's municipalities are unable to operate sewage plants because of the lack of fuel and electricity, which has forced them to pump wastewater into sea," Local Government Minister Mohamed al-Fara told a Tuesday press conference.

He added that a total of 90,000 cubic meters of wastewater were being pumped into the sea on a daily basis.

Al-Fara appealed to Egyptian authorities to include the coastal enclave in a power linkage project that includes Egypt, Iraq, Jordan, Lebanon, Libya, Syria, Turkey and Palestine.

The Islamic Bank for Development has allocated $32 million for the establishment of a power plant in Egypt that can be used to provide Gaza with badly-needed electricity.

The Gaza Strip – home to some 1.7 million inhabitants – has suffered frequent power cuts since 2006 when Israel bombed the enclave's only power plant.

Al-Fara also called on the Ramallah-based Palestinian government to pump tax-free diesel fuel to Gaza, and on Mediterranean countries to exert pressure on Israel to end its years-long siege on the impoverished territory.

The Gaza Strip has suffered under a crippling Israeli blockade since 2007, forcing residents to dig underground tunnels along the borders with Egypt through which it imports badly needed food, medicine and fuel.

Since the Egyptian army's July 3 ouster of elected President Mohamed Morsi, however, the military has cracked down hard on the Gaza tunnels, bringing smuggling activity to a relative standstill.