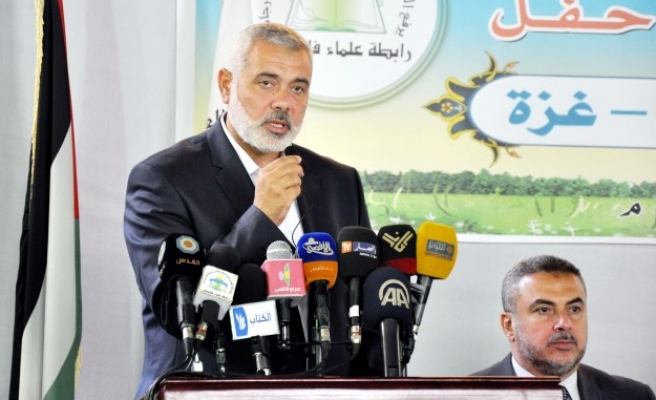 In an address delivered in Gaza City, Haniyeh stressed that Hamas had handed over responsibility for the enclave’s borders “without bargaining or setting any conditions”.

The Ramallah-based PA on Wednesday assumed control of the Gaza Strip’s border crossings as part of an Oct. 12 reconciliation agreement signed in Cairo between Hamas and Fatah.

“Reconciliation isn’t only about relations between Fatah and Hamas, but between all Palestinian political factions -- Islamic and nationalist -- and all segments of Palestinian society,” he said.

The reconciliation process, Haniyeh asserted, turned on three axes: the administration of the West Bank and Gaza through a national unity government emanating from parliamentary and presidential elections; a reorganization of the Palestine Liberation Organization (PLO); and the development of the PLO to allow the participation of all Palestinians.