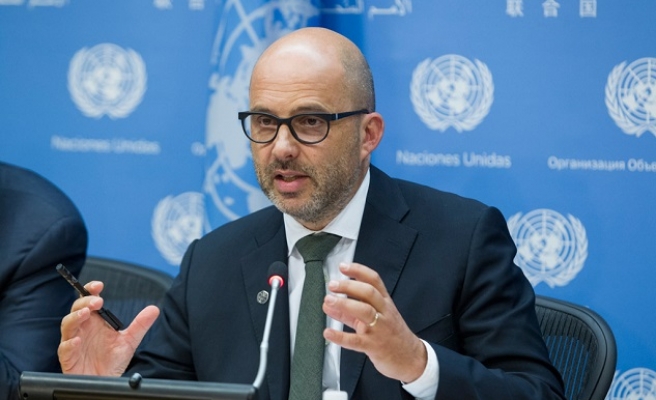 A top UN official helping oversee Gaza's reconstruction following the 2014 attack by Israel says the territory is on a "disastrous trajectory," with Israel's blockade and Palestinian divisions hampering recovery.

His latest visit came at a time of growing concern over a possible new conflict in the enclave, which has already seen three large-scale assaults by Israel since 2008, particularly over the reconstruction of tunnels that could be used to attack the Jewish state.

Delays in reconstruction have been blamed on Israel's blockade of Gaza along with shortages in donor funding, most of which has been provided by Qatar.

A lack of coordination between Hamas, the Islamist movement that rules the Gaza Strip, and the West Bank-based Palestinian Authority, dominated by rival Fatah, have also contributed to the slow pace.

Q: What were some of your impressions from your visit?

Piper: "Progress is continuing on the recovery process, but there's no changes to the underlying fragility of Gaza. It remains on a frankly disastrous trajectory of de-development and radicalisation as far as I can tell... The blockade remains firmly in place and we are trying to work within the constraints of the blockade to get materials in and help, and I can report progress on that... But it remains a blockade. It remains an economy that is completely artificially blocked from the market... It's a blockade that prevents students from getting to universities to further their studies in other places. It's a blockade that prevents sick people from getting the health care that they need, even if there are every day a few ambulances coming through."

Q: What is to blame for the slow reconstruction?

Piper: "I think the honest answer is everyone shares some of the responsibility, but without question the biggest obstacle to a rapid reconstruction process is the blockade...

"The biggest gap in repairs -- in restoring Gaza to its June 2014 status -- is in the reconstruction of houses, the ones that are totally destroyed as opposed to the ones needing repair work."

Q: Does it bother you that Hamas seems to be rebuilding tunnels when there is so much other work to be done?

Piper: "We're getting our information second-hand on these sort of things, through the media in many cases. So I think firstly we don't have enough direct information on which to make a judgement about how big or small this phenomenon is. What we know about is the operations we're involved in, where we don't see any evidence of large-scale fraud and movement of materials to nefarious objectives. That's what we know about."

Q: Do you see any hope for progress?

Piper: "I think quite simply we haven't seen any progress on the reconciliation (between Palestinian factions). And this is really a travesty frankly... It's one of the elephants in the room. We talk mostly about the blockade, but we have (thousands of) civil servants sitting at home paid and not working, another big group working but not paid. It's just unforgivable in these circumstances... It's chaos, and it's gross inefficiency as well in terms of the use of resources. You can't sit back and watch that without speaking up."