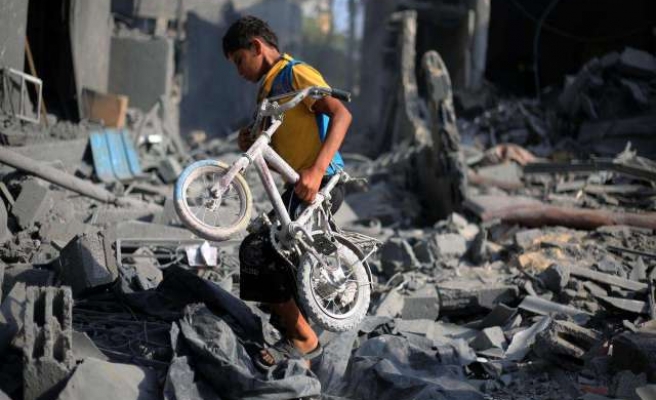 The cost of rebuilding and developing the Gaza Strip, which has reeled under a recently-ended Israeli military onslaught, has been estimated at $7.8 billion, a senior Palestinian official said Thursday.

Mohamed Shtayyeh, who leads the Ramallah-based Palestinian Economic Council for Development and Reconstruction, told a Thursday press conference that $5 billion was needed to repair material damage caused by Israel's weeks-long offensive on the Gaza Strip, while another $2.8 billion was needed for development projects in the embattled coastal enclave.

"The extent of destruction in the Gaza Strip is unprecedented," Shtayyeh said.

He added that the reconstruction process would take five years if the years-long Israeli blockade on the Gaza Strip was lifted, which would ease the movement of personnel and commodities.

He also said finances for reconstruction plans must be provided "swiftly."

An international donor conference for the reconstruction of the embattled Gaza Strip is scheduled for next month in Egypt.

Israel's recent offensive against the Gaza Strip, which began on July 7, left some 2,147 Gazans dead and 11,000 injured – the vast majority of them civilians – while partially or completely destroying thousands of residential structures across the territory.

The offensive, launched with the stated aim of ending rocket fire from Gaza, finally ended with the announcement on August 26 of an open-ended cease-fire between Israel and Palestinian resistance factions.