Gaza security personnel get 1/2 month of back salaries 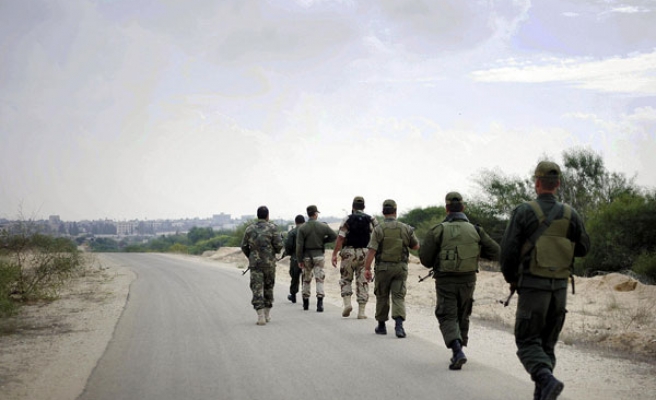 Security personnel in the Gaza Strip on Thursday received half a month's worth of overdue salaries.

They were each paid between $300 and $1,250, according to their respective ranks.

On Sunday, Youssef al-Kayali, undersecretary of the Finance Ministry in the Gaza Strip, said that Hamas' security personnel would receive half a month's worth of their overdue salaries on Monday.

Al-Kayali refrained from revealing the source of funding for the payments to security personnel, who were excluded from an earlier Qatar-funded plan by the Palestinian unity government to pay several months' worth of delayed salaries for Gaza's civil servants.

In recent months, around 24,000 civil servants in the Gaza Strip received $1,200 each after Qatar provided Ramallah with a $30-million grant to cover salary shortfalls.

Some 40,000 civil servants employed by the Hamas-run government stopped receiving salaries soon after the formation this summer of the Palestinian national unity government.

The new government came in line with an April reconciliation agreement between Hamas and rival Palestinian faction Fatah, which established separate governments – in Gaza and the West Bank respectively – following a conflict in 2007.

The new unity government, however, has yet to assume political control of the Gaza Strip, impeding payment of the coastal territory's civil servants.