Israeli authorities recently approved the export of agricultural produce and fish from the blockaded Gaza Strip to the West Bank. 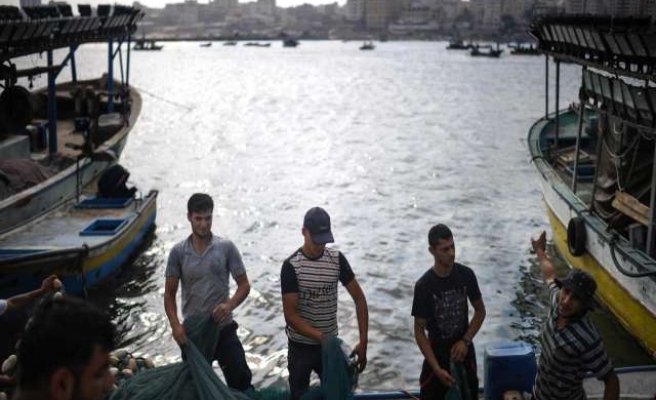 Israeli authorities on Monday allowed the Palestinians of Gaza to send a shipment of fish – the first since 2007 – from the long-blockaded coastal enclave to the occupied West Bank.

Tahseen al-Saqa, head of crossings and marketing at the Palestinian Agriculture Ministry, said the fish had entered the West Bank via the Kerem Shalom crossing, Gaza's only functional  commercial crossing, for the first time since 2007.

He said the shipment contained 600kg of fish, describing the move as "positive."

Israeli authorities recently approved the export of agricultural produce and fish from the blockaded Gaza Strip to the West Bank.

Palestinian Borders Authority head Nazmi Mehanna told Anadolu Agency earlier that preparations were underway to determine the amount of agricultural produce and fish that would be regularly sent to the West Bank from Gaza in future.

Israel has imposed an all-out blockade on the Gaza Strip since Palestinian faction Hamas took over the enclave in 2007.

The blockade has deprived the Palestinian territory's population of roughly 1.9 million of all essentials, including medical equipment, medicine and construction materials.