Gazans demand release of loved ones jailed by Israel 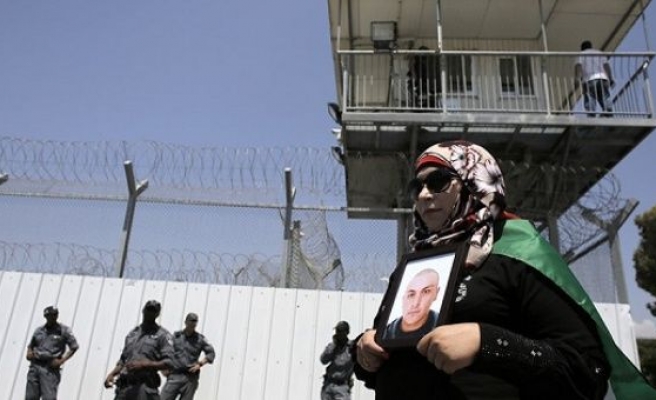 Dozens of Palestinians staged a rally outside the Gaza City office of the International Committee of the Red Cross (ICRC) on Monday to demand the release of loved ones imprisoned by the Israeli authorities.

Demonstrators held pictures aloft of jailed friends and relatives, along with banners urging the international community to intervene to secure their release.

According to former detainee Mostafa al-Meslemani, Monday’s rally is intended to “show the Palestinian community’s solidarity with its imprisoned sons and daughters”.

“We are here to send the message to Palestinian prisoners that they are not alone,” al-Meslemani, who took part in the demonstration said.

Musbah Abd-Rabbuh -- a demonstrator whose son, Rami Abd-Rabbuh, is currently languishing in an Israeli prison -- called on the international community to ratchet up pressure on the Israeli occupation to secure the release of detained Palestinians.

Abd-Rabbuh called on the ICRC in particular to demand that Israel provide prisoners with adequate bedding and clothing.

According to official Palestinian statistics, Israel is currently holding roughly 6,500 Palestinian prisoners, most of whom hail from the Israeli-occupied West Bank.