Gazans having fewer children due to 'harsh reality'

Deteriorating socio-economic conditions in Gaza Strip seem to have driven younger married couples' to have fewer children, as reflected in a recent report 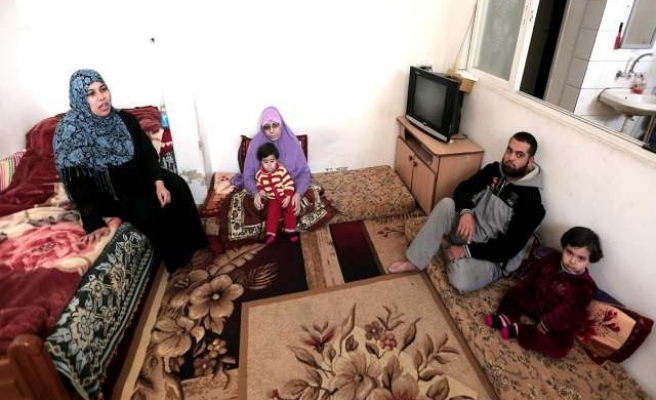 World Bulletin / News Desk
Somaya Naeem, whose husband lost his job in a Gaza Strip factory after last summer's devastating Israeli military onslaught, has decided not to heed her mother's and mother-in-law's advice to have a fifth child.

"There are days when we can't afford food," Naeem, 36, told The Anadolu Agency. "We don't know how we will provide for our four children."

Naeem said that the "harsh reality" in the embattled coastal strip had prompted her to resort to birth control, as it would be "psychologically complicated" to increase the size of her family while its chief breadwinner remained unemployed.

Deteriorating socio-economic conditions in the blockaded Gaza Strip appear to have driven many younger married couples to have fewer children, as shown in a recent report that reveals declining fertility rates in the Palestinian enclave.

A 2014 census by the Palestinian Central Bureau of Statistics recorded a moderate decrease in fertility rates inside the Gaza Strip, which fell from 6.9 children per mother in 1997 to 5.2 between 2008 and 2010.

The Gaza Strip is one of the world's most densely populated areas, where some 1.9 million Palestinians are packed within a mere 360 square kilometers.

Since Hamas took control of the territory eight years ago, the Gaza Strip has groaned under an Israeli blockade – exacerbated by Egypt's frequent closure of the Rafah border crossing – and three devastating Israeli military assaults.

The crippling blockade, along with Israel's deadly onslaught last summer, has served to raise Gaza's unemployment rate to 60 percent and poverty rates to a staggering 90 percent, according to a recent report by the Popular Committee for Lifting the Siege on the Gaza Strip, a Palestinian NGO.

Gaza's labor union, for its part, estimates that nearly 30,000 Gazans lost their jobs as a direct result of the Israeli offensive (in which over 2,160 Gazans were killed), along with nearly 170,000 others who remain unemployed due to the ongoing blockade.

The Palestinian Statistics Bureau announced last month that unemployment in the Gaza Strip in the last quarter of 2014 had reached 42.8 percent, noting that nearly 195,000 Gazans remain jobless.

"The new tendency to adopt 'family-planning' measures in the Gaza Strip is a reflection of the economic changes that affect societal trends," Derdah al-Shaer, a psychology professor at Gaza's Al-Aqsa University, told AA.

"In the past, when most families either relied on agriculture or had other stable sources of income, having several children in Gaza was normal," the professor said.

"Soaring poverty and unemployment in Gaza, along with harsh living conditions, have justifiably led younger married couples to choose to have fewer children," al-Shaer added.

Like Somaya, Moenes Yassin has also refused to give in to his mother's pleas to have a fourth child with his wife, with whom he already has two sons and a daughter.

"My mother wants me to have a large family – like the ones my parents and grandparents had," 37-year-old Yassin, whose mother had eight children, said.

"But our conditions are different from theirs; we're struggling to cope with our dreadful reality," he added.

Yassin is among over 40,000 Palestinian civil servants in Gaza who have not received their salaries for several months due to ongoing differences between Hamas and Fatah – despite last summer's formation of a Palestinian unity government.

"There is no job security. Our conditions seem to go from bad to worse," Yassin said. "This is bound to affect our social habits."

Even for those lucky enough to have jobs, providing for a family remains a struggle in Gaza.

"My husband's salary runs out by the middle of the month," 33-year-old Marwa al-Yazigi, a mother of four, told The Anadolu Agency.

Al-Yazigi said she and her husband, who works as an accountant, had also decided not to have any more children.

"As commodity prices keep going up, it's better not to have any more children," she said.

Al-Shaer, the psychology professor, predicted that average fertility rates in Gaza would fall further – to two or three children per family – in the near future.

"In their frustration over continuously worsening living conditions, some young people in Gaza have given up on getting married altogether," the professor asserted.