Up to 170 Palestinians were killed in the eight-day Israeli assault in November. For their families, Eid renews sadness as they remember those who have gone. 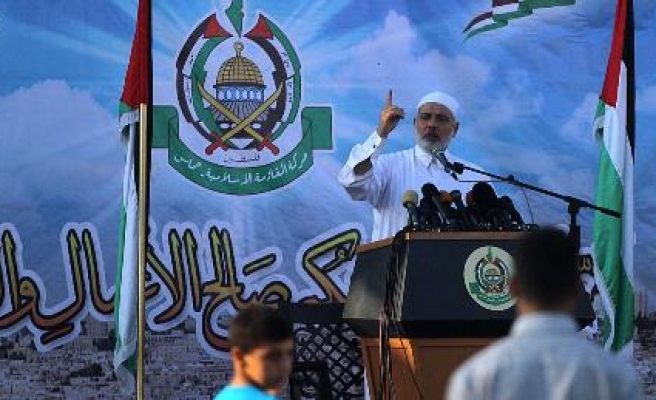 While most mothers were busy shopping for Eid al-Fitr – which follows the fasting month of Ramadan - Um Mohammed, a mother of six, spent the day in her bedroom in Jabaliya Refugee Camp in northern Gaza Strip.

For Um Mohammed and dozens of other women, the Eid this year has nothing to do with happiness. It has come rather an occasion for mourning.

It's the first Eid since she lost her husband, Fouad, and two children, Mohammed and Suhaib, to an Israeli missile attack on their home during the onslaught on Gaza in November.

Up to 170 Palestinians were killed in the eight-day Israeli assault.

For their families, Eid renews sadness as they remember those who have gone.

"We are experiencing very hard moments," says Um Mohammed, who still can't walk due to the trauma she has been suffering since the November airstrike.

"The kids miss their father and their brothers; they used to wake their father in the morning asking him for Eideya (Eid cash gift)," she recalls bitterly.

Um Mohammed says it's unbelievable to imagine the family sitting around the table breaking their day-long Ramadan fast with three members without their loved ones.

In 2008, she lost her first son in an Israeli targeted airstrike aimed at a group of Hamas fighters.

She was pregnant at the time and named the newborn Mohammed after his older brother, the fighter.

She says the loss of the husband and the two children left "an incurable wound," unlike that wound which the death of her militant son caused.

"The older Mohammed was a resistance fighter seeking Shihada (martyrdom) and he had always longed for it," she says, holding a rosary between her fingers.

"What hurts me a lot now is that my husband and the two kids were killed inside their home… They were seeking life, not martyrdom."

A report by the Israeli human rights group B'Tselem said that most fatalities in the Israel's November attack, coded Operation Military of Defense, were civilians, one-third of them were children.

A few blocks away from the house in Jabaliya, one of the most densely populated areas in the world, the 20-year-old son of Um Mohammed, Mustafa, found a part-time job as a salesman in a clothes store.

Mustafa makes 35 New Israeli Shekel a day (about 10 dollars) in his seasonal work.

"I will use the money to buy new clothes for my younger siblings, hoping to offset them for the loss of our father," Mustafa said at the store.

When the Eid starts, the first thing the Hijazi family would do is to go to the cemetery to visit the graves of their beloved ones.

Visiting graveyards is a regenerate practice in the Gaza Strip, which suffers under the yoke of ongoing Israeli economic restrictions and frequent raids.

In Gaza City, at the house of Al-Shawa family, there were also no signs of preparations for Eid.

As the smell of Eid cookies being baked in neighboring houses filled the air, the house of Basel Al-Shawa was gloomy.

"We are not celebrating the Eid this year," said Basel.

"About nine months have passed since I lost my daughter… we spent all that period in mourning."

His 18-year-old daughter, Yusra, was killed when an unmanned Israeli drone fired a missile at her house as she was looking down the street from the window.

The missile hit the wall above the window and sent spikes everywhere, wounding also her mother.

Basel believes the unjustified killing of his daughter was an Israeli message to Arab and Turkish ministers who were visiting Gaza at the time to show solidarity with its people.

Yusra was looking out of the window at the motorcade of the Turkish and Arab foreign ministers and the missile hit the house seconds after the convoy passed by.

In December, Basel and his wife were in Ankara after the Turkish Red Crescent facilitated and arranged for their travel to Turkey through Egypt.

The wife received treatment for her serious injuries at Ankara Ataturk Hospital upon an invitation from Foreign Minister Ahmet Davutoglu.

"We are not buying new clothes… We are in a state of mourning; no market, no trips to the beach, no visits to relatives in their happy occasions," the father said.

They have moved to a new rented apartment because they could not emotionally adjust to living in their old house with the absence of Yusra.

On a Ramadan day, Basel tried to break the ice and bought some Ramadan pastries; an item famous on the Gaza dining table.

The pastries ended up in the trash basket because it reminded them of Yusra, who loved to fill the pastries with cheese, vegetable or meat before frying them.

The family has a few planned activities for the Eid.

"We will go to visit her grave in the Eid and we will receive her school mates at our house."

This is happening all over the Middle east not only in Gaza. Every day many Iraqis are killed, in July alone 1000 of them, could be mothers father brothers and sisters every family is losing their loved ones . Palestinians still praise and honor Sadam and volunteered for suicide bombing s to kill the Iraqis because the Iraqis did not want the dictator Sadam while the Palestinians loved him because he was giving them money and support, he was sending Iraqi boys to wars and prisons while sending the Palestinians to study for free at universities. I wish for the Palestinians to know that humans are the same we all want peace and freedom not only them. The enemy is not Israel but everyone who does not acknowledge human rights even when happens to be a another Muslim we helped and treated like family yet they turned to stab in the back. I hope next Eid comes to find all happy living in peace healing their wounds and raised their human standards.