German FM urges Israel, Palestinians 'not to fuel the fire'

Latest unrest in Israel and the Palestinian territories has killed dozens and wounded many more, raising fears of a third Palestinian intifada, or uprising, against Israeli occupation 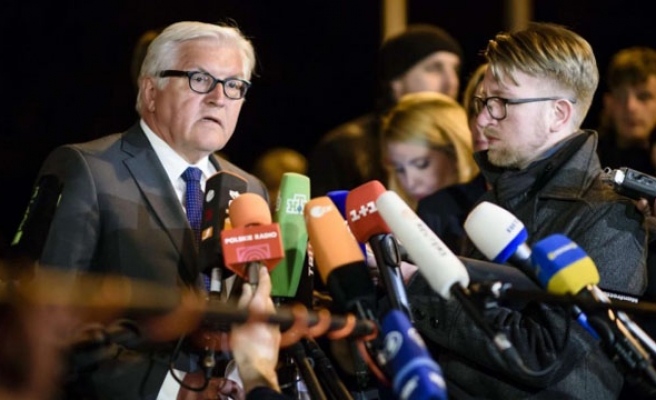 At the same time, Frank-Walter Steinmeier warned that neither Germany nor Europe as a whole can continue absorbing the large number of refugees heading there as a result of the war in Syria.

The latest unrest in Israel and the Palestinian territories has killed dozens and wounded many more, raising fears of a third Palestinian intifada, or uprising, against Israeli occupation.

"I appeal to all those responsible not to add fuel to the fire now, but to act with moderation and to help calm the situation," Steinmeier said in Jordan.

"Anything else would only further inflame the conflict, with incalculable consequences," he warned at a press conference on the banks of the Dead Sea with Jordanian counterpart Nasser Judeh.

The latest developments showed "how important it is now to try to attempt a fresh start in the Middle East peace process, to overcome the lack of communication between Israelis and Palestinians. At the same time we see how difficult it is," said Steinmeier.

He was speaking on the sidelines of a conference of the Organisation for Security and Cooperation in Europe to discuss "shared security in the Mediterranean region".

The German minister called on countries in the conflict-riddled Middle East to build a joint security strategy and engage in "institutionalised" talks to resolve crises.

He also noted that the conflicts are having an effect on Europe, through the influx of refugees and migrants and the threat posed by the ISIL group.

Germany is Europe's top destination for refugees, most of whom travel through Turkey and the Balkans, and expects up to one million arrivals this year.

"Germany will this year take in about one million refugees, most of them from Syria and nearby. Neither Germany nor Europe as a whole will be able to accommodate an influx of this magnitude every year," said Steinmeier.