Hamas blamed Arab League for the escalating deadly Israeli attacks into the Gaza Strip and added Gazan civilians are pating a toll for its political "sin". 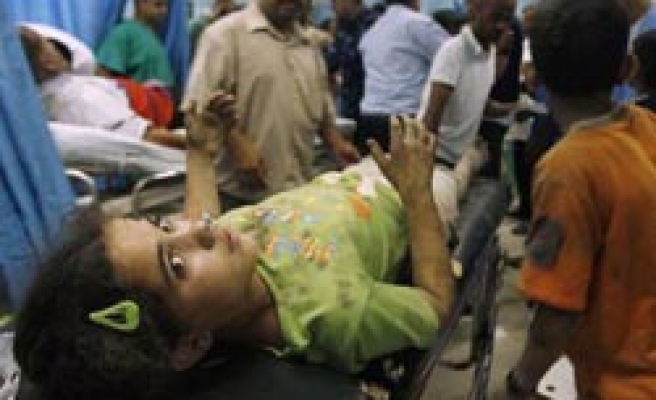 Hamas on Sunday blamed Arab League for the escalating deadly Israeli attacks into the Gaza Strip and added Gazan civilians are pating a toll for its political “sin”.

Last week, Arab League made a decision to back Palestine-Israel direct talks despite opposition from both, Hamas and Fatah who said no progress were reached in proximity talks.

"Our people in Gaza are paying a toll for the huge error and political sin committed by the Arab Peace Initiative’s follow-up committee against the Palestinian people. The committee has given the Israeli occupation the pretext and coverage they needed to attack our people and continue with settlement activities and displacement,” Barhoum said.

Meanwhile, Fatah blames a "lack of credibility" on the part of Israel for a lack of progress in the indirect talks, which got under way two months ago and are being mediated by George Mitchell, the U.S. envoy.

Fatah urged Abbas to accept talks without a credible deal on conditions of the proximity talks, Hamas, the ruler of the Gaza Strip since 2007, has also rejected plan of Lieberman that leaked into Israeli newspapers.

Barhoum further accused President Mahmoud Abbas, as well as the Arab League's committee, of "submission" to US and Israeli pressure, saying the decision to resume direct talks would "endanger Palestinian interests and inalienable rights."

“Obama’s message to the Palestinian president exposed the falsity of his policy and disappointed the Palestinian people,” Barhoum said, adding that counting on the US administration to support Palestinian rights is a “waste of time.”

Palestine wants Israel to halt Jewish settlements in occupied territories under proximity talks but Prime Minister Benjamin Natenyahu has still rejected the calls, in which U.S. president Barack bama and West has joined untill the last pressure on direct talks.

A Hamas leader, Salah Al-Bardawil, speaking at a press conference, said Israel escalated its attacks on Gaza in response to the Arab League decision, rather than in response to projectiles launched from the Strip, as Israeli President Benjamin Netanyahu claimed.

Al –Bardawil added that Hamas is doing everything it can to protect Palestinians from Israeli attacks.

Palestine wants Israel to agree to the idea of a third party guarding the borders of a future Palestinian state before direct talks can begin.

Palestine also wants Israel to agree in principle to a fair land swap that would compensate Palestinians for West Bank land taken up by Jewish settlements some of which would be annexed to Israel under a future peace agreement.

Arabs "to back" direct Israeli talks amid Palestine concerns