Aby Marzouq said Hamas was prepared to cooperate with everybody ready to offer service to the residents of the Gaza Strip, which has been blockaded by Israel since 2007 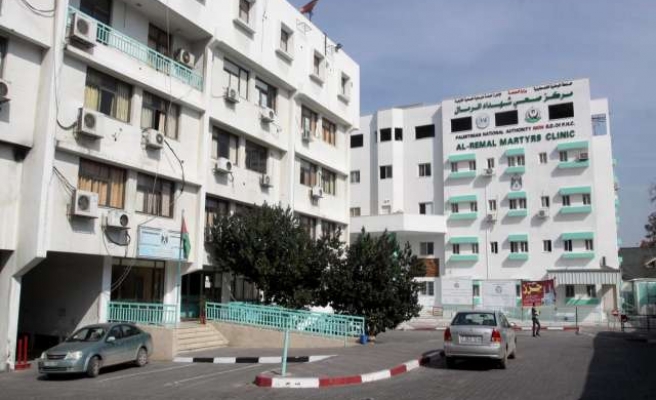 "The national unity government is severely negligent toward the Gaza Strip, particularly when it comes to money allocated for the Health Ministry," leading Hamas member Moussa Abu Marzouq said.

"The current government has to abide by the commitments of the previous government without any delay," he added during a tour of Al-Shefaa Hospital, the Gaza Strip's largest medical complex.

He said Hamas was prepared to cooperate with everybody ready to offer service to the residents of the Gaza Strip, which has been blockaded by Israel since 2007.

The leftist Popular Front for the Liberation of Palestine called on the unity government earlier on Saturday to immediately support the budget of the Health Ministry in the Gaza Strip and work to end health and humanitarian crises in the territory's hospitals.

The Health Ministry warned on Thursday that Gaza's largest emergency department was facing possible closure due to a strike by hospital cleaners.

Hospital cleaners decided to start an indefinite strike on Wednesday in protest against the failure of the Health Ministry to pay them their salaries for six months.

According to a union representing hospital cleaners, each worker should receive a monthly salary of 700 Israeli shekels (roughly $200).

Rival Palestinian factions Fatah and Hamas – the latter of which has controlled the Gaza Strip since 2007 – signed a reconciliation deal in April that led to the formation two months later of a national unity government.

The new government, however, has yet to assume responsibility for the blockaded Gaza Strip, hampering the disbursement of public-sector salaries in the Hamas-run coastal enclave.