Hamas would not interfere in Egypt's affairs but it is concerned with the Egyptian government considering it an enemy, Bardawil said 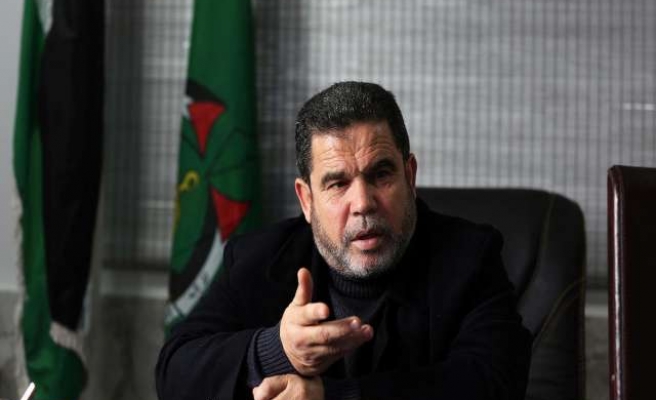 Palestinian resistance movement Hamas criticized Sunday the trial of ousted Egyptian president Mohamed Morsi in which he is charged of "espionage" with the Palestinian group.

"How come the Egyptian judiciary and government consider a Palestinian resistance group as a hostile entity?" spokesman Salah Bardawil told Anadolu Agency, in reference to the charges leveled against Morsi.

The first session of the trial was held in Cairo earlier Sunday, in which Morsi and 35 others face accusations of "conspiring" with the Palestinian resistance group and Lebanon's Hezbollah to carry out "terrorist acts" in Egypt.

"Hamas would not interfere in Egypt's affairs but it is concerned with the Egyptian government considering it an enemy," Bardawil asserted, adding that such classification of the group by Egyptian authorities is similar to that of Israel.

Hamas, an ideological offshoot of Morsi's Muslim Brotherhood group, has been controlling the blockaded Gaza Strip - which shares borders with Egypt - since 2007.

Morsi, ousted by the military last July following protests against his rule, is facing three separate trials on charges of espionage, jailbreak and inciting murder of protesters.

ISIL has no presence in Gaza

Hamas also denied reports that what is known as the Islamic State in Iraq and the Levant (ISIL), a militant group active in both Iraq and Syria, has taken root in the Gaza Strip.

"ISIL and other movements accused of terrorism have no presence in Gaza," Salah Bardawil told Anadolu Agency.

"All movements in Gaza have one goal only: confronting Israel and defending the Palestinian people," he added.

Bardawil said reports about the presence of movements accused of terrorism in Gaza only aim to draw Hamas into Arab conflicts.

Arab and Palestinian media recently aired a footage, showing masked militants, claiming to belong to a new branch of ISIL in the Palestinian territories.