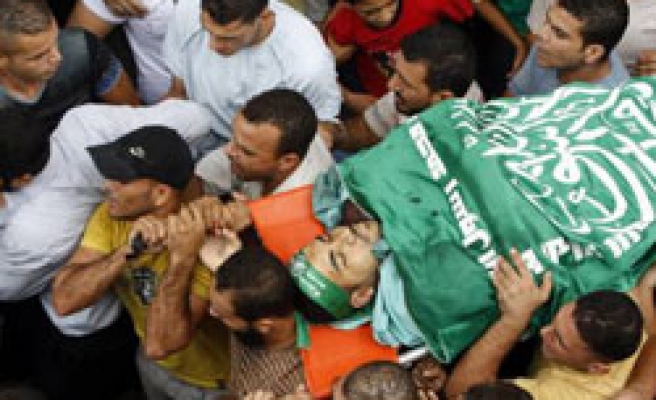 Israeli soldiers shot dead a Hamas military commander at home in the occupied West Bank on Friday, the army and Palestinian officials said.

Palestinian leaders condemned the killing and said it could jeopardise nascent Middle East peace negotiations being brokered by the United States.

Hamas group named the dead man as Iyad Shilbayeh, saying he was a local commander of their armed wing and said, Israeli soldiers murdered him in cold blood.

Relatives said he was shot dead in his house after troops arrived. Soldiers knocked on his door then went inside, and Shilbayeh was heard saying "Who is there?" before three shots were heard, his brother Mohammed told Reuters.

An Israeli spokeswoman said Shilbayeh was shot during a "routine arrest raid" in a Palestinian refugee camp near Tulkarm, a West Bank town.

Palestinian Prime Minister Salam Fayyad called the killing a "dangerous escalation", saying in a statement that it "jeopardizes the international efforts being exerted to make progress in the peace process".

Hamas denounced the killing as a "despicable crime".

"The resistance will continue and the enemy will not succeed in breaking it," Hamas spokesman Sami Abu Zuhri said in Gaza, a coastal strip some 40-km (25 miles) from the West Bank which is sealed off by Israeli forces.

Hamas said Shilbayeh had served time in Israeli jails and had also been detained 10 times by the Palestinian Authority, adding that he had been released two days ago from a PA prison.

It accused Palestinian President Mahmoud Abbas's party of sharing responsibility for his death.