The group said it was "appalled" that the lawsuit, which it described as "unprecedented and foreign to all bilateral customs," will be reviewed in a fellow Arab state, and appealed to Egypt's judges to dismiss the case. 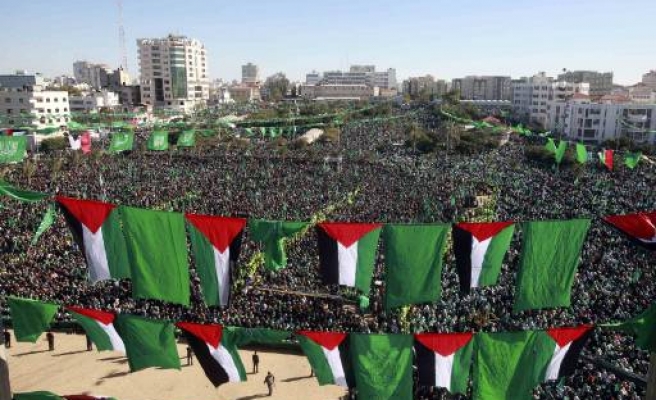 Palestinian resistance group Hamas on Sunday slammed as an "unjustified escalation" an ongoing trial in neighboring Egypt looking into a request to designate the group a terrorist organization, two days before a Cairo court is set to deliver its ruling on the issue.

The trial "appears to have a judicial facade but is purely political in essence," the group said in a statement Sunday, adding that the move "serves only Israel, which labels Palestinian resistance as terrorism."

The group said it was "appalled" that the lawsuit, which it described as "unprecedented and foreign to all bilateral customs," will be reviewed in a fellow Arab state, and appealed to Egypt's judges to dismiss the case.

"What's expected of Egypt is to support Palestinian resistance, not prosecute it," the group went on to say as it reiterated that its operations "only target the Israeli enemy inside Palestinian territories" and that the group would never interfere with Arab countries' internal affairs.

Last week, an Egyptian court slated March 4 to decide whether to designate the Palestinian movement a "terrorist" organization due to its links with Egypt's Muslim Brotherhood, from which ousted president Mohamed Morsi hails.

Egyptian lawyer Samir Sabri initially filed the lawsuit to demand that Hamas– which since 2007 has governed the next-door Gaza Strip – be dubbed a "terrorist" group by Egypt's army-backed government.

Hamas, an ideological offshoot of the Brotherhood, has repeatedly denied Egyptian accusations that it was involved in attacks on Egyptian security forces since last summer's ouster of elected president Morsi – a Brotherhood leader – by the military.

A number of Hamas members have been included among the list of defendants in two trials that Morsi currently faces for alleged espionage and mass jailbreak.

The Palestinian resistance movement had repeatedly decried the charges, voicing concern that it was being portrayed as a "hostile entity" by the Egyptian authorities.

The Brotherhood, for its part, denied any link to the attack, which it described as a "terrorist act."