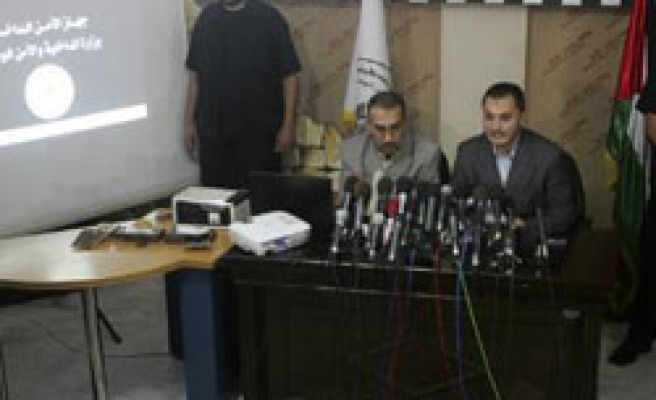 Hamas said on Thursday it had arrested many Palestinians in Gaza on suspicion of collaborating with Israel to kill senior members of the group and bomb training sites and government offices.

Ehab Al-Ghsain, spokesman for Gaza's interior ministry, said some of the suspected collaborators were accused of aiding Israel in a late 2008 war in which up to 1,500 Palestinians were killed.

"The phenomena (collaboration) is small but we have arrested many," Abu Abdallah Lafi, a senior official in Hamas internal security service, told a news conference. He would not say how many people were detained but said they included some women.

Ghsain said, the suspects posed a real danger to the unity of the pople and their resistance against Israel, which has sealed off the narrow coastal enclave by land, sea and air.

Hamas security organs had obtained "serious confessions and uncovered many collaborators who stood behind assassinations of some leaders of resistance and implemented policies of the enemy's intelligence service against our people", Ghsain said.

Some of the suspects had planted bombs at training camps and government offices that caused Palestinian casualties, while others had helped to facilitate Israeli raids into Gaza and assassinations of fighters, he said.

Among those Israel had killed with Palestinian betrayal, Ghsain said, was the ex-commander of the Islamic Jihad group, Majed Al-Harazeen, whose car was hit by Israel in a 2007 air strike spied by an informer who provided his license plate number.

Lafi showed reporters a display of what he described as Israeli-made communication equipment he said had been used by the alleged collaborators.

Ghsain said some suspects who surrendered to the authorities would be rehabilitated rather than prosecuted, and their identities would not be published.