On Tuesday Turkish PM Recep Tayyip Erdogan said the Israeli siege on Gaza was "a form of collective punishment against a free people who chose to defend themselves." 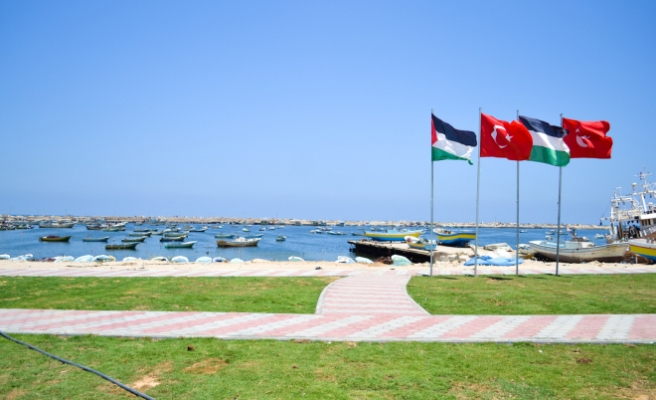 The Hamas government in the Gaza Strip on Wednesday lauded recent remarks by Turkish Prime Minister Recep Tayyip Erdogan – in which he conditioned reconciliation with Israel on the latter's commitment to lift its siege of the Gaza Strip.

"Erdogan's position deserves appreciation at a time many Arab leaders have failed to follow his suit," he said.

The spokesman said that the world "lacks such brave positions on the unjust siege on the Gaza Strip".

On Tuesday, Erdogan reaffirmed his government's position that reconciliation with Israel must be accompanied by the latter's commitment to lift its years-long blockade of the strip.

He also said that a final protocol for the compensation of victims of the Mavi Marmara incident, which had severely strained relations between Tel Aviv and Ankara, must be signed before bilateral relations could return to normal.

"We thank the Turkish prime minister for rejecting reconciliation with Israel until the blockade [on Gaza] is lifted," Nasser said at a rally staged by Gaza fishermen to protest Israel's naval blockade of the strip.

"The siege…represents a form of collective punishment against a free people who chose to defend themselves," he added.

Nassar called on Arab and Muslim countries to "follow Erdogan's lead in supporting the Palestinian people."

He also paid tribute to nine Turkish activists killed in May 2010 when Israeli forces stormed the Turkish Mavi Marmara – the lead vessel in a Gaza-bound aid flotilla – miles from the Gaza seashore.

"They are honorable martyrs who tried to break Israel's siege of over 1.8 million people in Gaza," said Nassar.

In 2006, Israel imposed a crippling blockade on the Gaza Strip, which home to nearly two million Palestinians, following the takeover of the Palestinian enclave by Islamist resistance faction Hamas.

Over the years, Israel has gradually reduced the space allotted to Palestinian fishermen to a mere three nautical miles off Gaza's coastline.

Gaza blockade attempts to degrade the Gaza people and economy to facilitate their murder, and eventual theft of land. Ocean blockade facilitates Israel theft of the off shore natural gas.