Hamas has had strong relations with Shia Iran over the years, but Palestinian group’s support for Syrian revolution strained relations 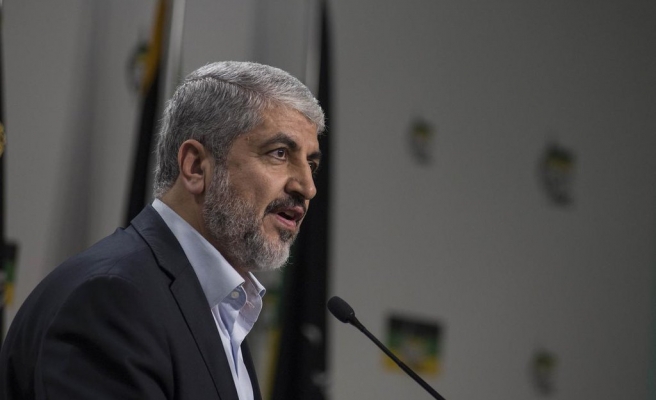 Hamas political chief Khaled Meshaal said his group’s relations with Iran have been strained due to the Palestinian group’s support for the Syrian revolution.

“Tehran has reduced its support for the Palestinian group,” Meshaal said in an exclusive interview with FRANCE 24. “Iran is no longer a main backer [of Hamas].”

Meshaal, however, said that ties between the two sides are not totally frozen.

Hamas has had strong relations with Shia Iran over the years, but the Palestinian group’s support for the Syrian revolution against the Iran-backed Assad regime has strained relations.

On Friday, the Cairo-based Arab League labeled Hezbollah a terrorist organization in a resolution that came shortly after the Gulf monarchies designated the movement a terrorist group.

The Hamas leader said his group was seeking to establish good relations with all Arab and Islamic states.

“We want [good] relations with a view to serving our cause,” he said.

The Hamas leader said his group and other Palestinian factions were not seeking war with Israel.

“We are seeking to tackle the impact of the recent Israeli war and break the siege,” he added.

In late 2014, Israel launched a 51-day onslaught on the Gaza Strip on claims of undermining the capability of Palestinian factions to fire rockets into Israel.

At least 2,322 Palestinians were killed and around 11,000 injured in the Israeli onslaught, which left a vast trail of destruction in the Palestinian territory.

The offensive came as the Gaza Strip reeled under a crippling Israeli siege since 2006 when Hamas swept the Palestinian parliamentary elections.

Meshaal said a meeting will be held soon in Doha between Hamas and rival group Fatah to discuss inter-Palestinian reconciliation.

“We are ready to take all [needed] steps to achieve reconciliation,” he said.

In April 2014, Hamas and Fatah representatives signed a long-awaited reconciliation pact that called for the formation of a unity government tasked with overseeing Palestinian legislative and presidential polls.

Although the unity government was unveiled two months later, it has yet to take on a governing role in the Hamas-run Gaza Strip, while the relationship between Hamas and Fatah remains beset by a host of outstanding differences.

Asked about a recent visit by a Hamas delegation to Egypt, Meshaal said the Egyptian leadership realizes that his group is innocent of accusations of being involved in the killing of Egypt’s prosecutor-general Hesham Barakat, who died in a car bombing last year.

“Hamas does not interfere in Egypt's affairs,” Meshaal said. “We wanted [to hold] this meeting to deny all accusations.”

Relations between Egypt and Hamas have strained since the Egyptian military ousted President Mohamed Morsi in a 2013 coup.