Hamas: No direct negotiations with Israel 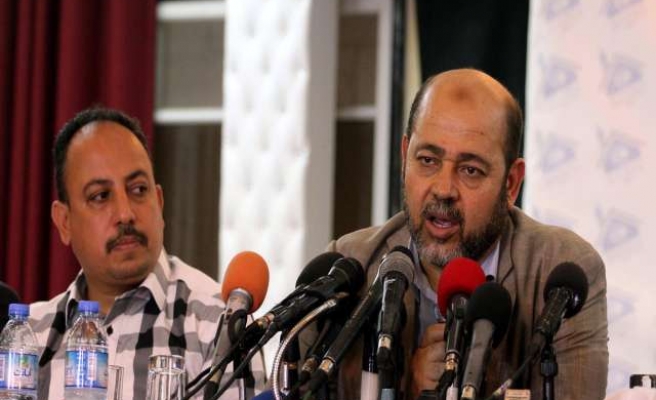 The political office of Palestinian resistance faction Hamas on Thursday ruled out the possibility of holding direct negotiations with Israel, saying such a move would conflict with the groups' policy.

"Holding direct negotiations with the Jewish entity [Israel] is not group policy," the Hamas political office said in a statement.

"Direct negotiations are not on the table for discussion either," it added.

One political office member said recently that Hamas might have to talk directly with Israel if the latter refused to ease its years-long blockade of the Gaza Strip in line with a recent cease-fire agreement.

Moussa Abu Marzouq, a Cairo-based member of Hamas' political office, told the pro-Hamas Al-Quds satellite channel late Wednesday that the group "would not veto political negotiations with Israel if it was deemed necessary."

It was the first time for the group – which does not recognize Israel and is listed by the latter as a "terrorist" organization – to voice its readiness to negotiate with the self-proclaimed Jewish state.

"Hamas may have no other option, as the natural rights of the people of Gaza appear to be too heavy a responsibility for the [Palestinian] unity government," Abu Marzouq had asserted.

An August 26 cease-fire deal between Israel and Palestinian resistance factions calls for the transfer of power in Gaza from Hamas (which has been in de facto control of the coastal strip since 2007) to a recently-unveiled unity government led by the West Bank-based Palestinian Authority.

In return, Israel would be expected to open all of its border crossings with the blockaded Gaza Strip.

The cease-fire deal, a product of indirect talks in Cairo between Palestinian and Israeli negotiators, was celebrated as a victory by Hamas following Israel's devastating 51-day military onslaught on the blockaded Palestinian enclave.