"The operation [targeting the Israeli soldier] came within the context of self-defense against an Israeli military machine that occupies our land and violates the sanctity of Islamic houses of worship," Gamal al-Taweel said 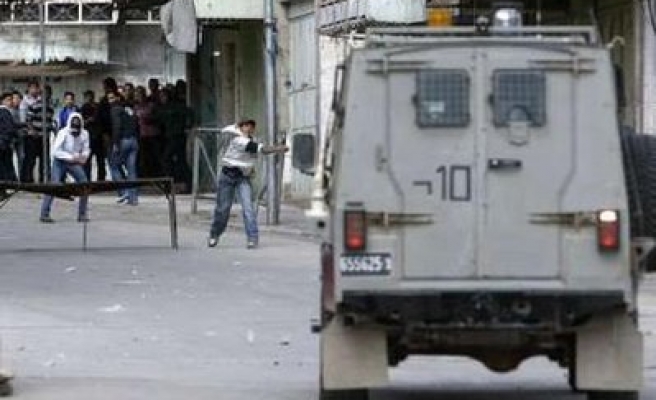 A senior Hamas official on Monday blamed the death of an Israeli soldier Sunday in al-Khalil (Hebron) on "oppressive" Israeli policies against Palestinians, including the building of Jewish-only settlements on Arab land, violations of Islamic holy sites and arbitrary detentions.

"The operation [targeting the Israeli soldier] came within the context of self-defense against an Israeli military machine that occupies our land and violates the sanctity of Islamic houses of worship," Gamal al-Taweel, a senior Hamas official from Ramallah, told the Anadolu Agency.

An Israeli soldier was killed on Sunday in the city of Al-Khalil after his patrol came under fire near the Ibrahimi Mosque, known to Jews as the "Cave of the Patriarchs."

According to al-Taweel, the killing of the soldier in Al-Khalil and the abduction and killing of another in Qalqiliya sends the message that the Palestinian people are "still alive" and that resistance to the ongoing Israeli occupation "will not die."

He urged what he called "the parties that want stability in the region" to work towards realizing basic Palestinian rights, including the establishment of a sovereign Palestinian state, the release of Palestinian detainees in Israeli jails and the return of Palestinian refugees to their ancestral homes.

Al-Taweel called on Palestinian Authority negotiators, currently in talks with their Israeli counterparts, to stop what he called the "absurd negotiations with the self-proclaimed Jewish state." Such negotiations, he stressed, had consistently failed to yield any meaningful breakthroughs.

He said the Palestinians needed to adopt a new strategy for national resistance, on which all Palestinian factions agreed.

The Ramallah-based Palestinian Authority resumed US-sponsored peace talks with Israel in late July, after a three-year hiatus. No official results of the negotiations have yet been announced.