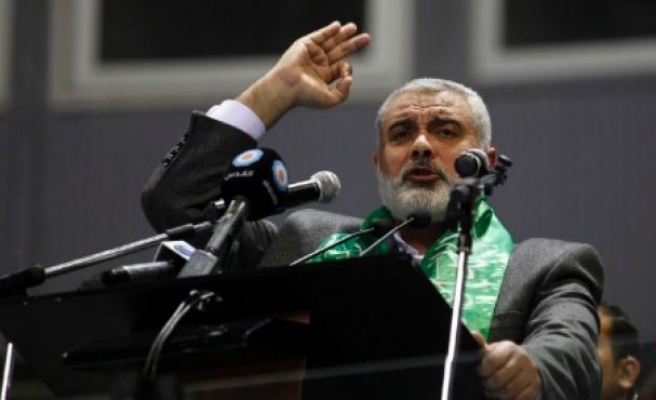 Israeli aggressions against the Gaza Strip will fail and the Palestinian people will emerge victorious regardless of any sacrifices, a senior official from the Gaza-based resistance movement Hamas said early on Friday.

"To the enemy I say: Stop the crimes of your war against our people," the deputy chief of the political office of Hamas, Ismail Haniyeh, said in a statement.

"Your aggression will come short of achieving its goals and our people will win regardless of all sacrifices and threats," he added.

Haniyeh said in his statement that Israel had violated the terms of an Egypt-sponsored truce it signed with Gaza factions in 2012 a long time ago.

"The Israeli enemy has started this and it has to stop the aggression because we only defend ourselves," Haniyeh said.

"We hold our people in high esteem, bow in respect for the martyrs and feel proud of the resistance that has managed to confuse the enemy," he added.

Ready for months of fighting

A senior official from the Palestinian resistance movement Hamas said on Friday that the movement is ready for months of fighting against Israel.

"We are ready for months of fighting against Israel," Mahmoud al-Zahar, a member of the political office of the movement, said.

"The war this time was imposed by the enemy and we will stop it only in the light of our own conditions," he added in an interview with the pro-Hamas channel Al-Aqsa.

He said Palestinians are united in their support to resistance to the Israeli onslaught on the Gaza Strip.

Al-Zahar added that Hamas believes that it is about to make victory.

"To those concerned we say: Palestinians, wherever they are, stand by the resistance," al-Zahar said.

Qassam Brigades, the military arm of the Palestinian resistance movement Hamas, said early on Friday that it fired a locally-made rocket on the northern Israeli city of Haifa.

Haifa is located around 100 kilometers away from the Gaza Strip.

Six people, including five members of the same family, were killed early on Friday, while 15 others injured in the shelling of a southern Gaza home.

The home shelling brings to 98 the number of Palestinians killed in almost four days of attacks by Israel on the Gaza Strip and to 594 the number of injured victims from these attacks.

Israeli planes targeted a populated four-story building in the southern Gaza Strip city of Rafah, even without giving its residents any warnings, eyewitnesses said.

They added that the house was totally destroyed, while scores of neighboring houses were affected.

The attack severely damaged the hospital, which made it necessary for it to be evacuated, the Health Ministry said in a statement.

The ministry said the toll from Gaza included 25 children and 13 women. It added that only ten fighters were killed in the attacks, with most fatalities being Palestinian civilians.

The Israeli army claimed earlier that Hamas had fired over 365 rockets at Israel from Gaza within less than three days.