Speaking hours before Abbas was due to ask formally that the United Nations recognise a Palestinian state, senior Hamas leader Ismail Haniyeh said this would not bring independence. 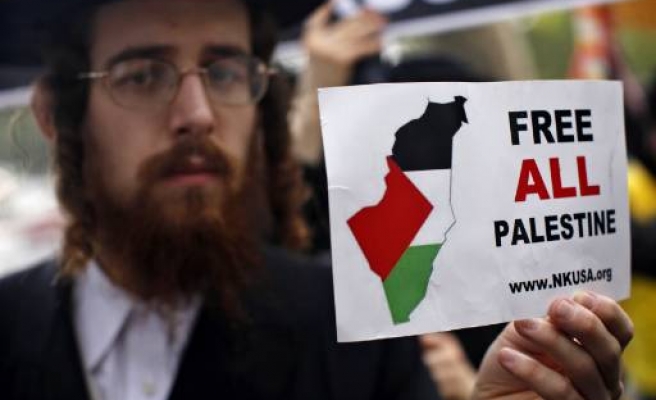 Palestinians should liberate their land, not beg for recognition at the United Nations, Hamas said on Friday, over President Mahmoud Abbas's quest for statehood at the U.N. General Assembly.

Speaking hours before Abbas was due to ask formally that the United Nations recognise a Palestinian state, senior Hamas leader Ismail Haniyeh said this would not bring independence.

"Our Palestinian people do not beg for a state. ...States are not built upon U.N. resolutions. States liberate their land and establish their entities," said Haniyeh who heads the Hamas administration in Israel-besieged Gaza Strip.

"The Palestinian people have been fighting and resisting and struggling for more than 60 years, offering up thousands of martyrs, thousands of prisoners...for the sake of liberating the land," he added, speaking to reporters after morning prayers.

"The state will not come about through this bargaining and this political blackmail," he said.

Abbas says he is turning to the United Nations for statehood recognition because almost two decades of on-off peace talks with Israel have failed to produce a lasting treaty.

However, the United States has said it will veto any statehood resolution.

Haniyeh said the U.S. veto showed Abbas was wasting his time and should focus instead on resolving the political divisions with Hamas. "This is the choice to make, not running behind a mirage," he said.